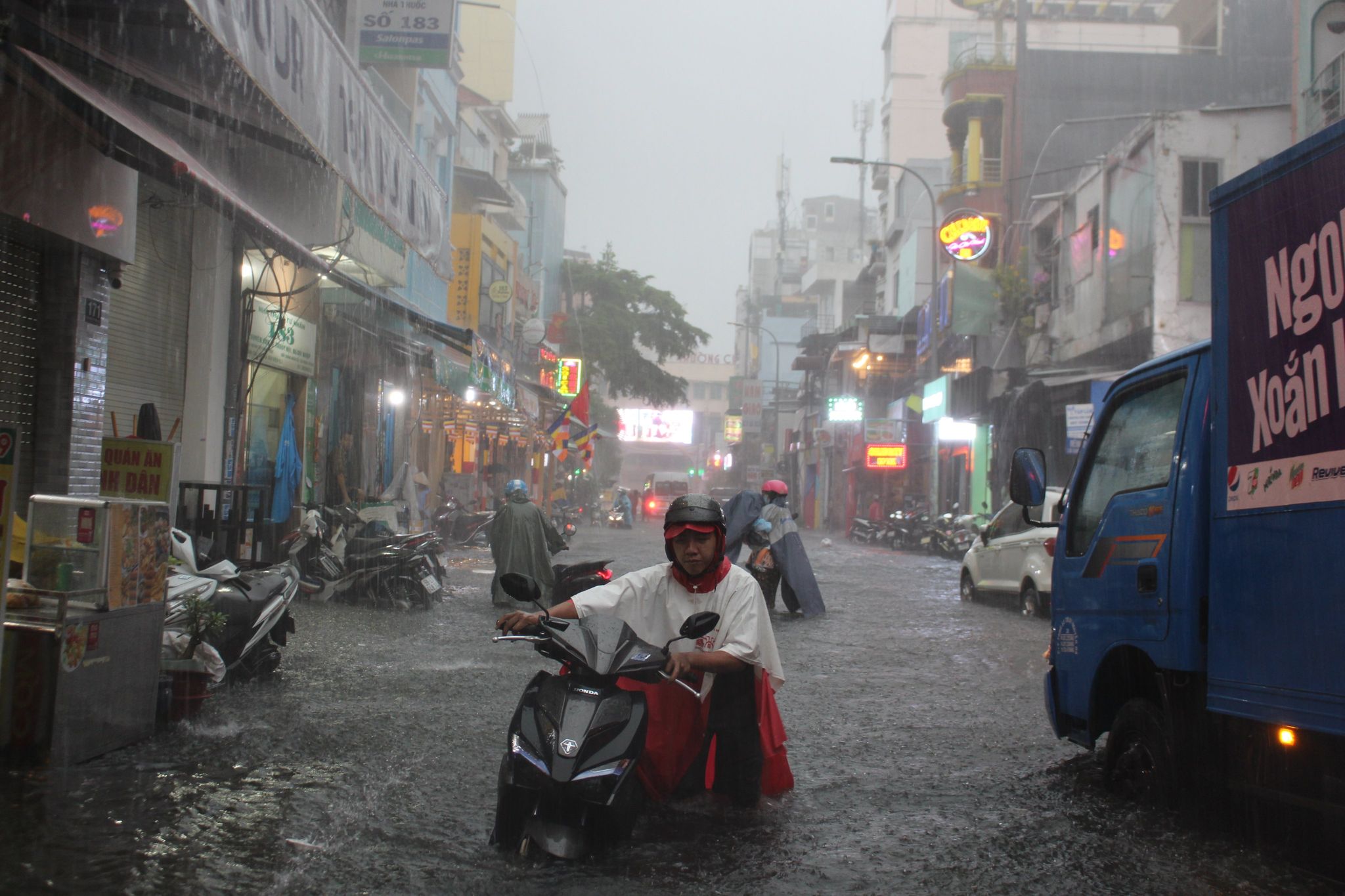 Rain is expected to continue lashing southern Vietnam in the coming days as the southwest monsoon becomes stronger due to the influence of a low-pressure area.

It is expected to keep raining in Ho Chi Minh City and other southern localities on Tuesday and for the rest of the week, the southern hydro-meteorological station stated, citing the southwest monsoon strengthening due to the effect of a low-pressure area in the East Vietnam Sea.

The sky will remain sunny in the morning, but rains and thunderstorms are likely to occur in the afternoon and evening.

The average temperature in the region will range from 24 to 34 degrees Celsius.

From August 19 to 21, downpours are forecast to increase in intensity and will be accompanied by strong gusts and lightning.

As of Tuesday morning, the low-pressure area was active in the northeastern part of Vietnam's Hoang Sa (Paracel) archipelago.

Due to the combined effect of the low-pressure area and southwest monsoon, showers and strong thunderstorms are forecast to hit the central and southern sections of the East Vietnam Sea, as well as the sea between south-central Binh Dinh Province and southern Ca Mau Province.

Meanwhile, rains in northern Vietnam were forecast to decrease in intensity starting Tuesday as a trough above the region has weakened.