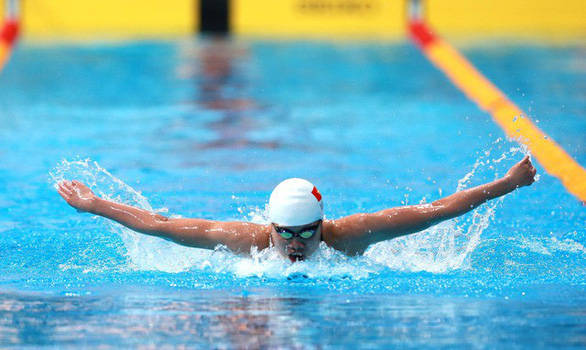 Vien will also take part in the 200-meter, 800-meter freestyle, 100-meter backstroke and 200-meter medley competitions at the ongoing Games.

The 1996-born swimmer is no stranger to medals at the Military World Games.

In 2015, Vien took one gold in the women’s 200-meter medley, one silver in the 800-meter freestyle, and one bronze in the 200-meter backstroke at the 6th Military World Games in South Korea.

The 2019 tournament is running from October 18 until 27 in Wuhan, the capital city of Hubei Province in Central China.

The World Military Games, held every four years since 1995 by the International Military Sports Council (CISM), is one of the largest military multi-sport events in the world.

Vien is one of Vietnam’s most decorated professional swimmers.

The 23-year-old swimmer has a tall list of achievements, including one silver and two bronze medals at the 2015 FINA Swimming World Cup and an Olympic debut in London 2012, under her belt.

Vien is a serving military officer with the rank of captain.