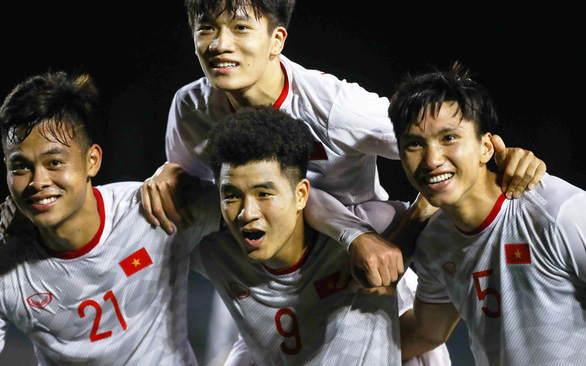 Four Vietnamese players were included in Fox Sports Asia’s Best XI in men's football at the 2019 Southeast Asian (SEA) Games 2019 in the Philippines.

As Vietnam claimed the gold medal of the category, routing Indonesia 3-0 in the finale on Tuesday, it is no surprise that the junior Golden Dragons feature heavily in the team of the tournament.

Fox Sports Asia hailed Vietnam’s 20-year-old Doan Van Hau, who plays for SC Heerenveen in the Netherlands’ top-flight league, as one of the best defenders in business today in Southeast Asia.

The online sports news site also highlighted some of Hau’s shining moments in Tuesday’s finale, including keeping the Indonesian wingers at bay and scoring a brace.

Meanwhile, Do Hung Dung, one of the two overage players allowed on the team, was the only Vietnamese midfielder listed in the Best XI lineup for his good composure among his younger teammates.

Moreover, Dung also scored the second goal in Vietnam’s 3-0 thrashing of Indonesia in the final at Rizal Memorial Stadium in Manila.

Ha Duc Chinh and Nguyen Tien Linh were among the best forwards at the tournament.

Fox Sports Asia forecast that the two Vietnamese strikers will be the trump cards on the country’s squads at upcoming international tournaments.