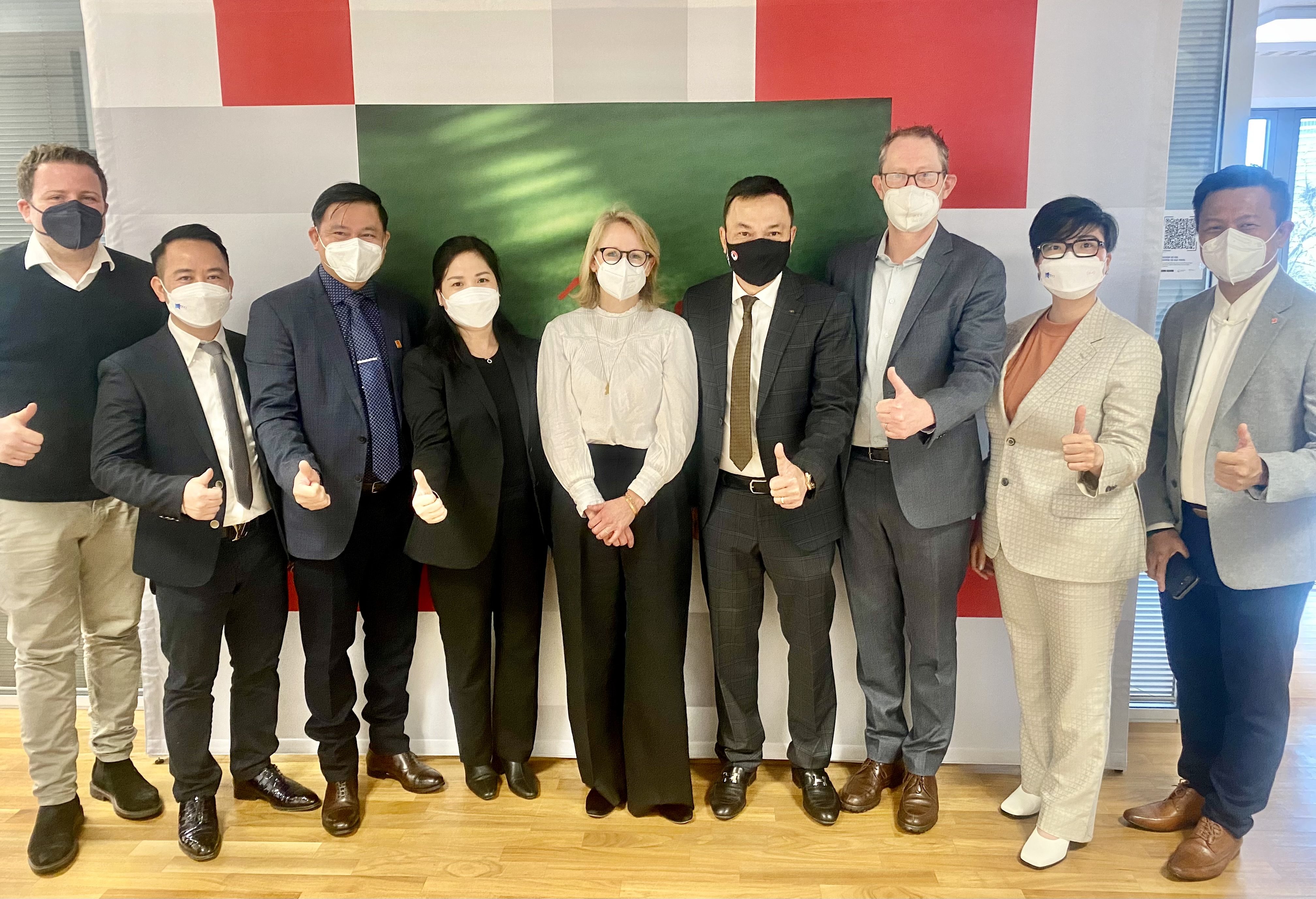 The Deutsche Fußball Liga (DFL), the organizing body for the German professional association football leagues Bundesliga and Bundesliga 2, has signed a memorandum of understanding (MoU) with the Vietnamese Football Federation (VFF) and the Vietnam Professional Football League (VPF) to continue supporting the growth of the sport throughout the Southeast Asian country.

Representatives from the various governing bodies, as well as Next Media – the media partner for the Bundesliga and Bundesliga 2 in Vietnam – met at the DFL’s headquarters in Frankfurt, as part of the Vietnamese delegation's eight-day trip, starting on March 11, to Germany.

The MoU focuses on three main areas of collaboration, including improving technical and sporting expertise in Vietnam, advancing league and club structures, and developing the football fan base and culture in Vietnam.

Over the duration of the deal, each party will share knowledge through meetings, training activities, and fact-finding trips.

The DFL will work closely with its Vietnamese counterparts to provide support and guidance in a number of areas, such as performance improvement, player selection, and in-depth assessment.

In addition, the DFL will also offer expertise in league and club management, media rights, and product and content creation.

“For the DFL, international cooperation is not just about distributing media rights,” the VFF quoted DFL CEO Donata Hopfen on its website.

“Our approach is to maintain strong relationships with federations and leagues around the globe; exchange knowledge, ideas; and work together to bring authentic football to the fans in those countries.

“This is the foundation and what we want in the cooperation with VFF and VPF.”

The VFF hailed Next Media for its role in the development of Vietnamese football.

The DFL and its subsidiary Bundesliga International have worked closely with the VFF and the VPF, as well as media partner Next Media, to share their knowledge and methodologies on a wide range of topics, including young talent development, professional resolution competition, and marketing strategies.

“We are delighted to be able to sign our cooperation agreement with the Bundesliga, which is undoubtedly one of the best football leagues in the world,” said acting VFF president Tran Quoc Tuan.

“Together with our mutual partner Next Media, the VFF and VPF will be able to gain valuable expertise from the DFL and accelerate the development and professionalization of the domestic game in Vietnam.

“We see a broad range of opportunities to implement certain best practices in our football administration, such as youth development and governance, which can help us improve the entire football ecosystem.”

“There are many attributes and qualities that we greatly admire and would like the V-League to emulate, such as the DFL’s sustainable approach and commitment toward youth development, economic stability and rigorous corporate governance that provides a strong framework, and its potential as a role model for Vietnamese professional football as it develops and flourishes,” said VPF chairman Tran Anh Tu, referring to Vietnam's top-flight league.

The DFL, VFF, and VPL, alongside Next Media, will hold a joint virtual press conference on Friday at 8:30 am CET to talk more about the MoU, as well as to launch the first activations specifically mentioned in the deal.