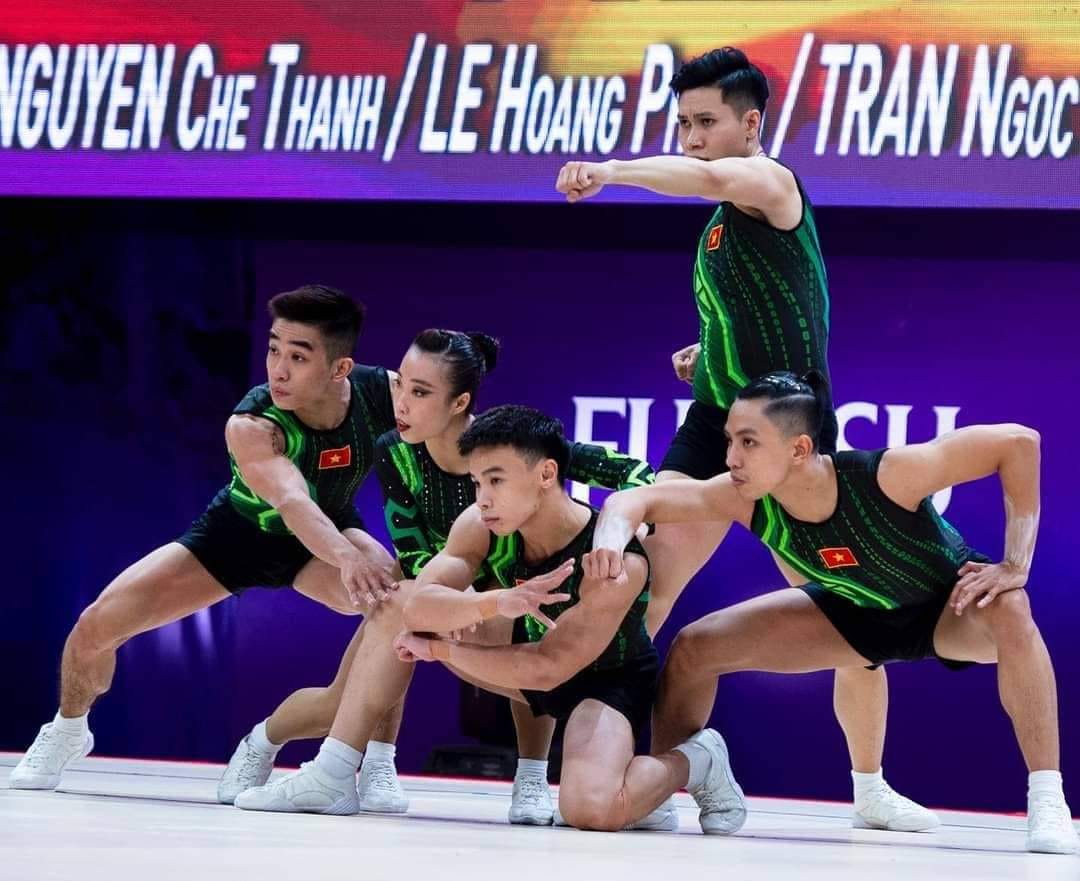 Vietnam won a gold medal at the 17th Aerobic Gymnastics World Championship, which concluded on Saturday in Guimaraes, Portugal.

In the eight-team finals, they earned 20.738 points to take the highest position on the podium.

Despite receiving the fewest points for difficulty, the Hungarians topped the standings due to exemplary scores of 9.250 and 8.250 for their artistry and execution, respectively.

Bulgaria’s Antonio Papazov, Tihomir Barotev, and Darina Pashova secured the silver medal with 20.188 points while Vietnam's Vi, Thanh, and Phong narrowly missed out on second place and eventually settled for bronze on 20.183 points.

In the mixed pair final, Hungary continued to dominate, with Fanni Mazacs and Daniel Bali gaining 20.700 points to top the standings.

Vietnam’s Phong and Vi totaled 20.550 to walk away with bronze.

Vietnam also sent Thanh to compete in the men’s individual class but he finished fourth, behind athletes from South Korea, Spain, and Italy.

After three days of competition, Hungary took the lead position in the medal tally with three golds, two silvers, and one bronze.

Ukraine finished third with one gold and one silver.

Vietnam were fourth with one gold and two bronzes.

The world championship, held in Guimaraes, Portugal from June 16 to 18, was the first international competition that the Vietnamese athletes had participated in after the recent 31st Southeast Asian Games in Vietnam.