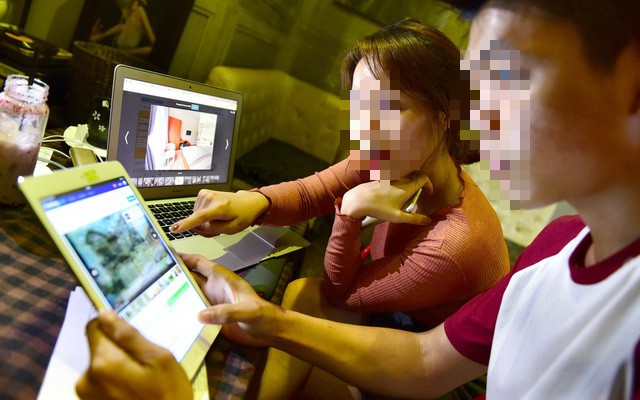 The People’s Committee in Da Nang has taken a stricter measure against the dust-related air pollution caused by trucks moving on one of the city’s arterial roads, after local people have many times blocked the route due to this air problem.

A portion of Hoang Van Thai Street in Lien Chieu District, an important road in Da Nang, has for a long time been shrouded in dust in the presence of trucks carrying rocks from a quarry located along it.

Residents along this road have many times disrupted the traffic in protest against such vehicles’ continued activity.

Local authorities usually clear the crowd and have implemented plans to deal with the pollution.

The municipal People’s Committee has thus introduced a more encompassing approach to the problem by unveiling a decision Monday.

The decision orders traffic police to cooperate with traffic inspectors in Da Nang in increasing their patrols and imposing strict penalties on earth- or rock-loaded trucks moving on Hoang Van Thai that break traffic regulations.

The People’s Committee in Lien Chieu is required to hold meetings briefing local residents on the municipal administration’s solution and dissuade them from spontaneously placing obstacles on the road, according to the decision.

The locals are expected to report to relevant authorities in their area any dust pollution that recurs.

The Lien Chieu People’s Committee is also supposed to ensure environmental safety as well as social security in its region.

Companies operating at the quarry must frequently dampen a section of the road, prevent rock or earth from falling from trucks, and guarantee the gross weight of each vehicle does not exceed the allowed limit, while the materials transported must be covered.

Those businesses which fail to comply with these rules are strictly subject to punishment, according to the decision.