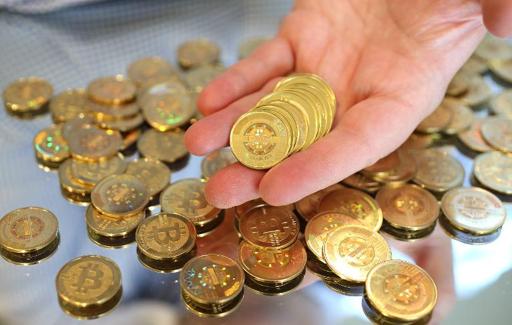 Chinese speculators have driven Bitcoin prices into the financial stratosphere this year, peaking at 7,588 yuan (now $1,250) on November 30.

Bitcoin, invented in the wake of the global financial crisis by a mysterious computer guru using the pseudonym Satoshi Nakamoto, is a form of cryptography-based e-money.

It can be stored either virtually or on a user's hard drive, and offers a largely anonymous payment system.

But Beijing keeps a tight grip on the yuan and enforces capital controls, which the e-currency threatens by its very nature.

Two weeks ago the People's Bank of China, the central bank, ordered financial institutions not to provide Bitcoin-related services and products and cautioned against its potential use in money-laundering.

"If the channel for depositing yuan in the platforms was completely cut off, all domestic exchanges would be invalid," James Gong, a digital currency expert and member of the US-based Bitcoin Foundation, told AFP.

"Bitcoin trading might be forced underground or shift to overseas markets," he said, adding the move would be a ban on Bitcoin trading "in disguised form".

BTC China asserted that its operations will continue.

In a notice to its "valued customers" posted on its website it said: "Due to new government regulations, BTC China will temporarily suspend CNY (yuan) deposits."

It added: "Rest assured that BTC China will continue to operate normally. We deeply apologise for any inconvenience."

Volatility in Bitcoin prices and potential risks it might bring to the domestic payment system may have triggered the central bank ban, analysts said.

"The central bank move... is to cool down Bitcoin trading and make it more rational," Ding Zhaoyong, a finance professor at Jilin University, told AFP.

"Also the drastic price fluctuations might lead to uncontrollable risks to both delivering and charging sides in the third-party payment system, so... it must draw a clear line and avoid being passively driven into any payment dispute," Ding said.

Chinese speculators poured money into Bitcoin this year, driving the BTC China price up 9,122 percent from January 1 to November 30 and making the country at times the world's biggest Bitcoin market.

Both BTC China and another major Chinese exchange, OKCoin, have resumed charging investors transaction fees, according to notices on their respective websites, which said the move was intended to prevent speculation and price manipulation.