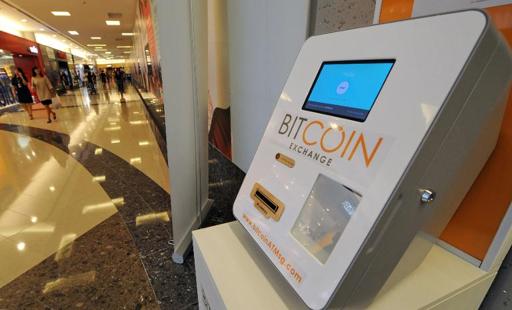 The 28-year-old American boss of a Bitcoin exchange has been found dead at the base of a Singapore apartment block, police and reports said Thursday, in the latest misfortune linked with the troubled virtual currency.

Singapore police said they were investigating the "unnatural" death of Autumn Radtke, chief executive of Singapore-based First Meta, on February 26, but that no foul play was suspected.

A local technology website first reported she may have committed suicide, but later updated its report to say it was "unclear" how she died.

Broadcaster Channel NewsAsia said on its website Thursday that Radtke "was found dead at the bottom of an apartment block".

Her death comes as the virtual currency community is in turmoil after the collapse of Tokyo-based MtGox, one of the longest-established Bitcoin exchanges, due to a suspected theft worth nearly half a billion dollars.

The Singapore Police Force said they received a call early on February 26 requesting assistance at a public housing block on the fringe of the central business district.

"A woman in her 20s was found lying motionless," they said in a statement.

"She was pronounced dead at scene by paramedics. Police are investigating the unnatural death," it added. "Preliminary investigations show that no foul play is suspected."

The term "unnatural death" is used to refer to suspected suicides and other deaths not due to natural causes like an illness. The cause of death is subsequently determined by a coroner.

A US embassy official confirmed that Radtke is an American citizen and that it has provided assistance to her family.

News of Radtke's death first surfaced in the technology startup community, which has a thriving presence in Singapore.

First Meta confirmed her death in a statement on its website but did not give a cause.

"Our deepest condolences go out to her family, friends and loved ones. Autumn was an inspiration to all of us and she will be sorely missed," it said in a statement.

Zennon Kapron, the Shanghai-based managing director of Kapronasia, a financial consulting firm which deals with Bitcoin firms, described First Meta as one of the pioneers of virtual currency exchanges.

"What happened to her is very unfortunate. I had the opportunity to meet her last year. She was somebody always very happy, outgoing, and had a way of bringing people together both within the virtual currency community and outside as well," he told AFP.

"Until we know what happened around (Radtke's death), it is wrong to speculate on whether there is a relationship between that and the situation with Bitcoin as a whole."

He said Singapore's openness to new payment methods, talent pool as well as its status as a financial hub made it a "natural place for Bitcoin firms to get a start", along with Hong Kong.

According to her profile on business networking site LinkedIn, Radtke began her career in enterprise cloud computing and in 2007 worked with Apple to supply the Aqua Connect server product to major companies.

It said she "passed on an opportunity to work at Apple to stay in the fast-paced world of technology start ups".

She moved to Singapore in 2012 to head First Meta, a web-based exchange for users to buy, sell and trade virtual currencies for real money.

Sixteen days before her death, Radtke posted on her Facebook page a link to an article in Inc. magazine entitled "The Psychological Price of Entrepreneurship" which talked about the inner struggles experienced by entrepreneurs before they achieve success.

Above it was her comment: "Everything has it's price."

After the MtGox exchange filed for bankruptcy protection last month, Canada-based Flexcoin was also forced to shut down, saying that someone attacked its systems and stole nearly $600,000 worth of Bitcoins.

Singapore is Southeast Asia's main hub for technology startups as well as global computer and software companies and financial institutions.

Its central bank, the Monetary Authority of Singapore (MAS), has cautioned that virtual currencies are not legal tender and those who deal in them should be aware of the risks.