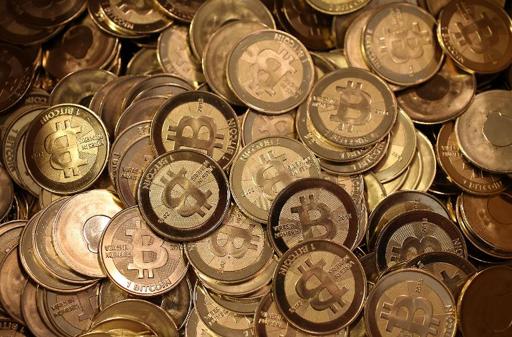 A Japanese court Wednesday placed failed Bitcoin exchange MtGox in administration, with an order for bankruptcy expected to be issued soon, its administrator and chief executive said.

The move marks the acceptance that there is no viable way to rescue the company, and heralds the apparent end of an exchange that at one time accounted for around 80 percent of global transactions in the virtual currency.

"The Tokyo District Court decided today to dismiss the application for commencement of a civil rehabilitation and at the same time, an order for Provisional Administration was issued," a statement from CEO Mark Karpeles said.

The move means Karpeles will cede control of the company to Kobayashi.

"I, as the provisional administrator, will administer the assets of the Company under the supervision of the Tokyo District Court," said a statement in Kobayashi's name posted on the MtGox website.

"I will strive to fairly and equitably administer the company’s assets, both domestically and internationally, by attempting to utilise certain foreign procedures, including a Chapter 15 filing in the United States of America.

"The future outlook is that, although it is subject to the decision by the Tokyo District Court, it is expected that the commencement of bankruptcy proceedings will be ordered."

Kobayashi said the fate of the business of the Bitcoin exchange was not clear.

"The treatment of the exchange business is expected to be decided by taking into consideration the various matters including whether there is any proper buyer candidate who can assume the business and how to transfer the business to such buyer."

Kobayashi warned there was an "extremely large" number of potential creditors -- including people who had Bitcoins stashed with the exchange -- and it may be difficult for depositors to get all their money back.

"Please note that, even if you confirm your balance on the Company’s website, it does not always mean that the Company acknowledges you as a creditor or a user," his statement said.

"It cannot always be assured that the balance that you can confirm will be approved as the bankruptcy claim in its full amount, if the bankruptcy proceedings commence."

However, he offered assurances that local creditors would not be given precedence over those living abroad.

"It is expected that the same can be said if the bankruptcy proceedings commence."

The sudden freeze of MtGox earlier this year threw the global Bitcoin community into paroxysms and provoked huge volatility in an already-volatile currency.

The exchange went dark in February, shortly after it blocked Bitcoin withdrawals, claiming there was a bug in the software that underpins the virtual currency, making it vulnerable to thieves.

It filed for bankruptcy protection soon thereafter, admitting it had lost 850,000 coins which were worth nearly $500 million at the time. It made a similar filing in the United States in early March.

Amid calls for a criminal investigation, the company said last month it had handed over documents to the Tokyo police, after it found 200,000 of the lost coins in a "cold wallet" -- a storage device, such as a memory stick, that is not connected to other computers.

Karpeles has reportedly refused to travel to the United States, where he was being asked to appear for questioning in connection with MtGox's collapse.

Unlike traditional currencies backed by central banks, Bitcoin is generated by complex chains of interactions among a huge network of computers around the planet.

The unit's relative anonymity and lack of regulation has been attacked by critics who fear it could be used to finance organised crime or terrorism.