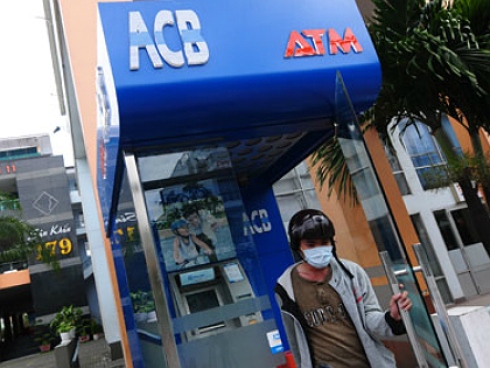 Four former officials of Asian Commercial Joint Stock Bank (ACB) were all arrested on Wednesday for their involvements in a serious financial case uncovered at the bank in 2012.

Tuoi Tre’s source said the police took the move after Hanoi City People's Court ordered the arrest, and three out of them, all are living in Ho Chi Minh City, have already been extradited to the capital city where the future trial of the case will take place.

Mr. Tran Xuan Gia, former chairman of ACB board of directors, allowed to be on bail for medical treatment as his illness has turned worse.

With the latest arrest, eight of nine defendants related to the case have already been kept in detention, except Mr Gia, who was also former Minister of Planning and Investment.

The top defendants of the case are Nguyen Duc Kien - former chairman of investment board of ACB and former vice chairman ACB, and Ly Xuan Hai - former general manager of ACB. They were prosecuted for the acts of willful contravention of State economic management, causing serious consequences.

The two, among others, agreed to let 19 ACB employees deposited ACB’s money in VietinBank for high interest rate in 2010, but all the money, some VND718 bilion, lost to Huynh Thi Huyen Nhu, former VietinBank’s employee.

On January 27, 2014, the Ho Chi Minh City People’s Court announced sentences to Huyen Nhu and her 22 accomplices involved in a striking swindle case in which she appropriated nearly VND4 trillion (US$188.7 million) from three banks, nine companies, and three individuals, after three weeks of trial.

Nhu, 36, was sentenced to life imprisonment on charges of “swindling to appropriate assets” and “counterfeiting seals and materials of agencies and organizations.”

Nguyen Duc Kien defendant was also indicted on many charges including unauthorized trading, tax evasion, and fraudulent appropriation of property.

Previously, on April 16,  2014, Hanoi City People's Court officially brought the case to trial, but the trial of first instance was finally  postponed as Tran Xuan Gia could not attend due to his illness.

Mr Gia’s illness also made the exact time for the future trial hard to be set, according to Hanoi City People's Court.