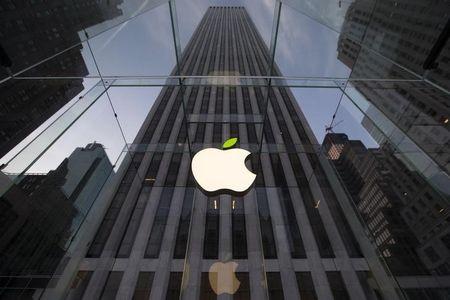 LONDON/BRUSSELS - The European Commission raised pressure on Ireland, the Netherlands and Luxembourg over their corporate tax practices, saying it was investigating deals the countries have cut with Apple, Starbucks and Fiat.

The EU is looking at whether the countries' tax treatment of multinationals, which help to attract investment and jobs that might otherwise go to where the companies' customers are based, represent unfair state aid.

Corporate tax avoidance has risen to the top of the international political agenda in recent years following reports of how companies like Apple and Google use convoluted structures to slash their tax bills.

Governments have promised to rewrite the rules that govern international tax, but experts said the European Commission would struggle to make any challenge to the deals Ireland, Luxembourg and the Netherlands had agreed under existing rules.

Apple said on Wednesday it has not received any selective tax treatment from the Irish authorities, while the Irish government said it was confident that it has not breached state aid rules and will defend its position vigorously.

Fiat declined to comment and Starbucks was not immediately available.

Sheila Killian, assistant Dean in the Accounting & Financedepartment of the University of Limerick, Ireland, said the announcement, naming individual companies, represented a more aggressive stance from the Commission.

"It’s upping the ante from the EU’s point of view," she said.

The Commission said it was looking at whether the pricing for transactions between company subsidiaries - known as transfer pricing - that were approved by the Irish, Luxembourg and Dutch tax authorities and which allowed the companies to reduce their tax bills, were selective and thereby represented unfair incentives.

"It’s almost impossible to prove that the transfer pricing is any way favourable ... but in launching a high-profile investigation, it puts a spotlight on those companies' tax affairs, which acts as a deterrent to companies against engaging in aggressive tax planning," she said.

A Commission spokesman denied the aim of the investigation was to act as a deterrent. He was unable to name a single case where the Commission had successfully challenged a country's transfer pricing decisions.

Starbucks told a UK parliamentary investigation in 2012 that it received a tax deal in the Netherlands which allowed it to enjoy a "very low" tax rate, while a U.S. Senate probe last year revealed that Apple had sheltered tens of billions of dollars in profits from tax by using Irish companies that had no tax residence anywhere.

Apple in the United States entered into deals with the Irish subsidiaries whereby the Irish units received the rights to certain intellectual property that were subsequently licensed to other group companies, helping ensure almost no tax was reported in countries such as Britain or France.

Apple's Irish arrangement helped it achieve an effective tax rate of just 3.7 percent on its non-U.S. income last year, its annual report shows – a fraction of the prevailing rates in its main overseas markets.

The Group of 20 leading nations has launched a drive to develop new rules to tackle abusive transfer pricing and other forms of corporate profit shifting.