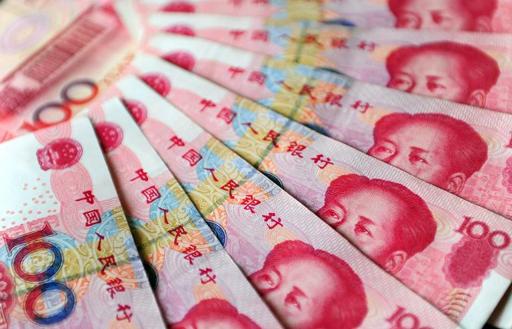 A Chinese mining group allegedly used the same commodity stocks as collateral for loans of more than $2.5 billion from different banks, state-run media reported, with its other lenders also including Standard Chartered, HSBC, and BNP Paribas.

The reported case, if confirmed, would be the latest instance of potential credit vulnerabilities to emerge the country's financial system, which experienced several debt defaults earlier this year.

One of Dezheng's subsidiaries also took out 17 loans from six foreign lenders over the last decade, it said.

It did not give totals but named them as Britain's Standard Chartered and HSBC, BNP Paribas of France, DBS from Singapore, Dutch-Belgian bank Fortis and KBC of Belgium.

"Virtually all the local banks in Qingdao and banks that have branches in Qingdao are involved, because companies like Dezheng had been regarded as quality clients and everybody fought with each other to lend to them," the report quoted a manager with a "big state-owned bank" as saying.

Foreign banks including Standard Chartered and Citigroup have loaned hundreds of millions of dollars on the basis of collateral held in Qingdao port, in the northern province of Shandong, to various entities, Dow Jones Newswires said Tuesday, citing unnamed Western bankers.

Some were linked to Decheng Mining, a subsidiary of Dezheng, it added.

Chen Jihong, head of Dezheng and a Singaporean passport holder, has been detained by Chinese authorities, the 21st CBH said.

Qingdao Port International, the port operator, said in a filing to the Hong Kong stock exchange earlier this month that Chinese police had asked it to assist a fraud investigation relating to aluminium and copper products stored at the port.

The Qingdao city government and police authorities were not available for comment when contacted by AFP on Wednesday.

China is the world's biggest copper buyer and prices for the red metal have fallen on the international market in recent weeks, with traders citing causes including concerns over the Qingdao port probe.

Using the same assets to secure loans from multiple lenders has been "common" in China, with borrowers taking advantage of banks failing to share information on collaterals, the 21st CBH said, citing the bank manager.

In one case, a $160 million investment product structured by Jilin Province Trust and backed by a coal firm failed to make capital and interest payments.

Chinese authorities have shown tolerance towards individual defaults, calling them unavoidable, but have pledged to keep potential risks in check.