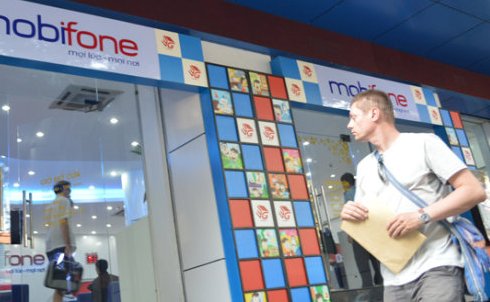 While MobiFone is not expected to launch its initial public offering (IPO) until 2015 at the earliest, many international telecom firms have shown interest in acquiring a stake in Vietnam’s second-largest mobile telecom operator, local media said.

The Vietnamese Ministry of Information and Communications has recently urged MobiFone, which operates under its management, to speed up progress on finalizing its privatization plan by the end of this year to be able to carry out an IPO next year, according to The Saigon Times Online.

MobiFone’s plan to go public was green-lighted by the government in 2006, when the telecom operator was still under the management of the state-run post and telecom giant VNPT, the Vietnamese-language economic newswire said Tuesday.

Many foreign telecom businesses hurried to open representative offices in Vietnam, waiting for the opportunity to buy MobiFone stakes, or to become its strategic investors, according to The Saigon Times Online.

However, the plan was derailed by the Asian financial crisis in 2007, whereas Vietnam also wanted to improve the technology of its telecom industry to facilitate the privatization process, according to Vietnamese tech website ICTnews.

Most of the foreign telecom firms thus left Vietnam once they realized the privatization process was going to take longer time than expected. Some of these firms have recently returned, as the MobiFone IPO is reportedly closer to reality.

Among them is Norway’s Telenor, one of the world's largest mobile telecommunications companies, with operations in Scandinavia, Eastern Europe, and Asia.

Arne Kjetil Lian, Telenor’s senior vice president in Asia, expressed the company’s interest in MobiFone’s IPO during a meeting with the Vietnamese Ministry of Information and Communications on September 24, according to ICTnews.

“Telenor is a major and experienced telecom firm, so we hope it will share its experience in restructuring and privatization with Vietnamese businesses,” Thang was quoted by ICTnews as saying.

Another potential investor is Sweden’s Comviq International, which showed an interest in acquiring shares of MobiFone in late 2007.

The Swedish company has recently returned to Vietnam to meet with officials at the communications ministry to reaffirm their intention of becoming a strategic partner of MobiFone, according to The Saigon Times.

VNPT can hold at most a 20 percent stake in MobiFone once the company goes public, according to MobiFone chairman Mai Van Binh.

In the meantime, the largest stake a foreign investor will be allowed to own is 49 percent, ICTnews quoted Deputy Minister Thang as saying.

VNPT-owned Vinaphone come in out of the three operators that dominate the Southeast Asian country’s mobile phone network market.