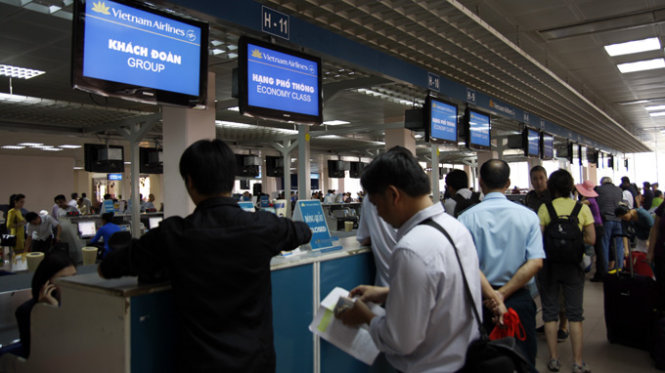 While passengers currently must check in 30 minutes before the scheduled departure of their domestic flights, the minimum required check-in time will be 40 minutes ahead of departure starting December 1, the carrier said on its website, citing a Ministry of Transport circular.

Vietnam Airlines will also shut the boarding gate 15 minutes before departure, instead of the current 10 minutes.

The transport ministry’s Circular 36/2014/TT-BGTVT dated August 29 stipulates that all airlines operating in Vietnam must apply the same adjustment for the check-in counter and boarding gate closing times of their services.

But Vietnam Airlines is the only carrier that has announced the changes so far.

The new closing schedules spare more time for Vietnam Airlines to arrange passenger seats and baggage, helping to reduce flight delays and cancelations due to overloading at some domestic airports, according to the carrier.