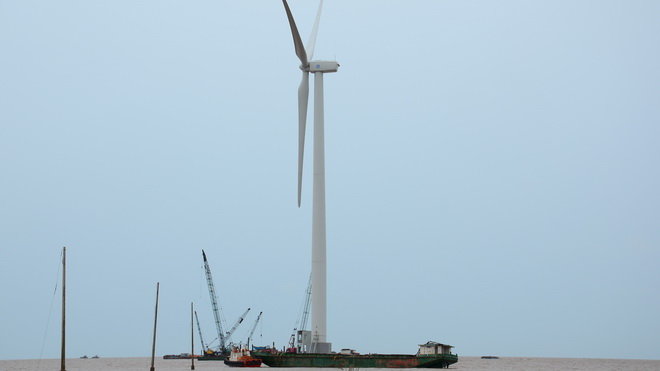 Many U.S. companies want to make deeper and wider investments in Vietnam, which they believe has great potential for renewable energy generation and distribution, an officer from the Consulate General of the United States in Ho Chi Minh City said.

Vietnam has nearly 3,400km of coastline, which is capable of supplying 500 to 1,000 kWh per square meter of wind energy per year, Principal Commercial Officer Patrick Wall told a conference in Ho Chi Minh City on Thursday.

Solar energy is also abundant in the Southeast Asian country, with an average solar radiation, or the radiant energy emitted by the sun, of 5kWh per m² per day, Wall said at the clean energy-themed event.

The conference was jointly organized by the Consulate General and Dau Tu (Investment) newspaper, where 150 attendees, including U.S. experts and Vietnamese officials and businesses, discussed smart solutions for clean energy development in Vietnam.

The final reason that U.S. investors are interested in Vietnam, according to the consulate officer, is its potential for small hydropower plants, which can generate more than 4,000MW in total.

Small hydropower projects are those with a capacity of below 30MW.

Thursday’s conference was seen as “the latest example of the growing cooperation between Vietnam and the U.S. in the area of clean energy development,” Wall was quoted by Dau Tu as saying.

Seeking smart solutions for developing clean energy is among the focuses of a national strategy for “green development” Vietnam is pursuing, Deputy Minister of Investment Nguyen The Phuong revealed at the event.

Phuong acknowledged the potential for renewable energy pointed out by Wall, adding that Vietnam will boost investment in clean energy to serve its eco-social development.

The deputy minister also admitted that Vietnam still relies heavily on fossil fuel for its household consumption and economic activities.

While the country is still using a large part of its natural resources, it has determined that “economic growth should be accompanied by environmental protection.”

“Vietnam can develop water, wind, solar and biomass energy, as well as bio-energy if it can take advantage of the world’s technological advances in these fields,” Phuong said.

Bio-energy is renewable energy made available from materials deriving from biological sources, whereas biomass is any organic material which has stored sunlight in the form of chemical energy.

As a fuel, bio-energy may include wood, wood waste, straw, manure, sugarcane and many other byproducts from a variety of agricultural processes.