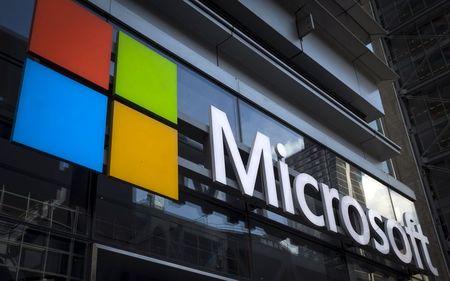 Microsoft launches Windows 10 with an eye on mobile market

Windows 10, which comes almost three years after the launch of the company's last operating system, will be available in 190 countries as a free upgrade for users of Windows 7, Windows 8.1 and Windows Phone 8.1.

The 'free' strategy is a calculated gamble, designed to put Windows on as many devices as possible. The company would then make up for any lost revenue by selling services such as Office over the Internet, or cloud.

The new operating system is designed to work across laptops, desktop and smartphones and is part of Chief Executive Satya Nadella's push toward breaking Apple Inc and Google Inc's stranglehold in the mobile arena.

Windows faces intense competition from Apple's iOS and Google's Android, which have cornered the lion's share of the mobile market.

"There are massive headwinds in Microsoft's bread-and-butter PC business, making it crucial that the Windows 10 cloud approach opens up new growth avenues for the Windows business," FBR Capital Markets analyst Daniel Ives wrote in a note on Monday.

The immediate revenue hit from the 'free' strategy is unlikely to be large, as Microsoft gets no more than $500 million of its $20 billion or so annual Windows revenue from upgrades, analysts have said.

The vast majority of Windows revenue comes from hardware makers installing it on new PCs and businesses paying for multi-year licenses.

Microsoft, which unveiled Windows 10 in September, skipped Windows 9 altogether, to put some distance between the new system and Windows 8, which confused many users by ditching the start button menu and introducing a new layout.

Windows 10 brings back the start button, which may help the company appease users who were unimpressed by Windows 8. It also comes equipped with Microsoft's new browser, 'Edge'.

New PCs and tablets running Windows 10 will go on sale on July 29, while the operating system will be made available on smartphones and other devices later this year.

The company said in April that it was aiming to have 1 billion devices running Windows 10 in two to three years.