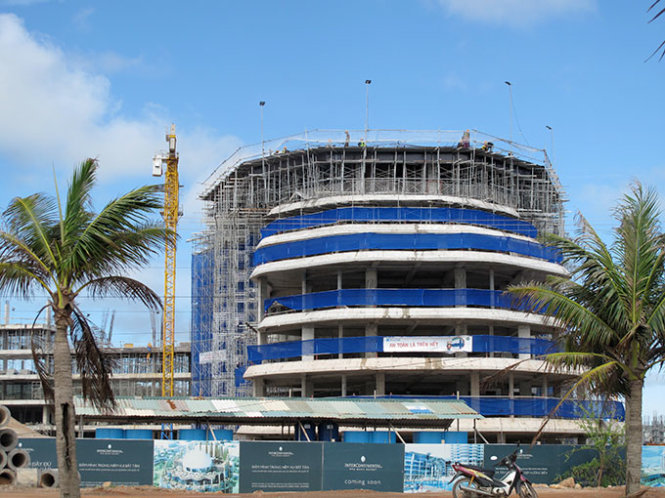 Phu Quoc Island, a district administered by the southern province of Kien Giang, is now a magnet for realty and tourism investors thanks to recent heavy investment in infrastructure upgrades, but local officials say they need even more.

The island needs more entertainment venues, better state management over land issues and a wastewater treatment system, officials said at a meeting in Can Tho City on Monday.

Phu Quoc Island, a one-hour flight away from Ho Chi Minh City, has been granted an exclusive mechanism for development, according to Directive No. 80 signed by Prime Minister Nguyen Tan Dung in December 2013.

The island has since been connected to the national grid, and seen the construction of a north-to-south main road, and the operation of an international airport.

Tourists and investors have thus flocked to the island to enjoy its world-renowned natural landscapes, and to grab investment opportunities in what is expected to become a special economic zone.

The Phu Quoc administration has so far granted investment licenses for 164 projects, 21 of which are foreign-invested, which collectively pledge to pump VND168.93 trillion (US$7.76 billion) into the island, officials said at a meeting meant to review the effectiveness of the island’s special development mechanism.

Twenty-three of the licensed projects, with a total investment of VND25.81 trillion ($1.19 billion), have become operational, whereas 14 others, worth VND11.38 trillion ($522.74 million), are under construction. The remaining investors are completing investment procedures.

The constantly improved infrastructure on Phu Quoc has enabled the island’s tourist arrival numbers to rise 30 to 40 percent per year since late 2013, Le Van Thi, chairman of the Kien Giang administration, told the meeting.

While Phu Quoc once received around 3,000 visitors on a daily basis, the figure has now doubled, Thi said.

Even though there is a sufficient number of hotels and restaurants, there are few entertainment services and activities that can make holidaymakers stay longer, the chairman said.

“Visitors normally go swimming, take a tour around the forests, visit the night market, and go out drinking at night to finish their journey,” he elaborated.

The Kien Giang administration has thus taken action to resolve the issue, according to the chairman.

“We have limited the number of new resort projects with large areas, and increased investment in building recreational venues on the island,” Thi said.

The chairman, however, admitted that there are not enough available land plots to meet the demand of an increasing number of investors.

“More and more investors are coming to Phu Quoc to seek investment chances, but the land is limited,” he said.

“In the meantime, those that have been allocated land plots have failed to get work started.”

Local authorities will thus review the operations of sluggish investors and may withdraw the land plots given to them to welcome new investors, the chairman added.

“The biggest challenge facing Phu Quoc is that the state management over land issues is not effective enough,” Thi said.

The island has recently experienced a “land fever,” with investors rushing to speculate on land plots, causing land prices to skyrocket.

“But the situation is now stable and the ‘land fever’ is gone,” Thi told reporters after the Monday meeting.

When asked about trash and wastewater treatment on the island, Thi said Phu Quoc is capable of treating garbage on its own.

“But we need around VND2 trillion [$91.87 million] to invest in a wastewater treatment system for the entire island, without which Phu Quoc will be polluted in the coming years,” he added.

While such a system has yet to be built, Thi said projects operating on the island are required to treat their wastewater before dumping it into the environment.