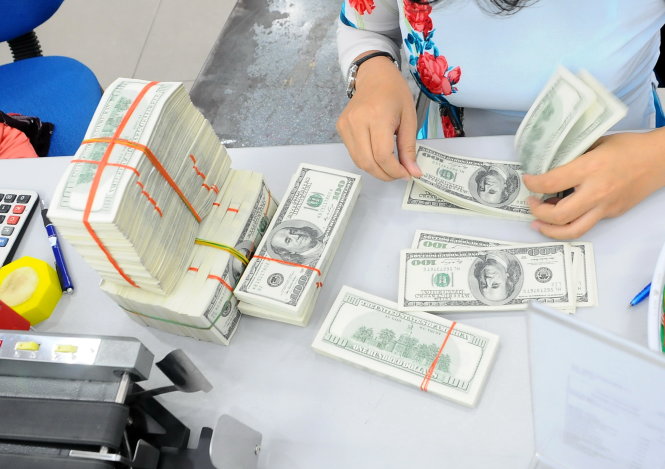 Vietnamese lenders make up a fifth of the top 100 ASEAN banks, and posted the second-fastest growth by country, The Banker said in its latest ranking report for the ten-country bloc.

Vietnamese banks, with 19 representatives on the list, grew their assets by the second highest amount, 15.66 percent from the previous year, according to the 2016 Top 100 Association of Southeast Asian Nations (ASEAN) banks ranking.

The largest increase in the ranking belongs to Cambodia, which grew by 30.4 percent, although it has only one lender – Acleda Bank – on the list, The Banker, a banking industry publication that includes coverage of retail finance, said in a report on April 1.

Some of the Vietnamese lenders that made it to the ranking are Vietinbank, Agribank, Vietcombank, BIDV, MBBank, Sacombank, and EximBank. The full list is available here.

According to the report, Vietnam’s banks stood out in terms of asset growth, with Vietnam Prosperity Bank coming out on top with a 35.02 percent rise. It is followed by Saigon Commercial Bank and Shinhan Bank Vietnam, which expanded by 34.22 percent and 33.32 percent, respectively.

Such an upward trend is likely to continue for Vietnamese banks, according to The Banker.

However, The Banker noted that growth does not necessarily translate into profitability, as Vietnam is in fact placed at the tail-end of the ASEAN ranking for returns, with the aggregate return on assets (ROA) of 0.8 percent and return on capital (ROC) of 12.19 percent.

The champion in this category is Indonesia, which boasts an ROA and ROC of 2.7 percent and 25.31 percent, respectively.

The report noted, however, that although Vietnam’s banks are among the least profitable in the ranking, the situation is improving.

Specifically, Vietnam showed a six percent rise in pre-tax profits, which is a bigger spike than for any other country except Singapore, where profits soared by 10.91 percent.

Vietnamese banks accounted for 7.46 percent of the total assets in the ranking, a 6.21 percent surge from the previous year, although it remains “a relatively small share,” according to the report.

The ranking is dominated by Malaysia, Singapore and Thailand, which jointly hold nearly three-quarters of the total assets.

Despite robust growth and stability, Vietnam’s banking penetration remains among the lowest in the region, the report said. Only 30.86 percent of the population aged 15 or over had a bank account in 2014 in a country of 91 million people.

In the meantime, the report found that Vietnam’s lenders did not raise capital at a corresponding pace as they expanded their operations. The Vietnamese banks registered a meager 4.54 percent uptick in Tier 1 capital, the lowest ranking among the countries measured.

Tier 1 capital is the core measure of a bank's financial strength from a regulator's point of view. It is composed of core capital, which consists primarily of common stock and disclosed reserves.