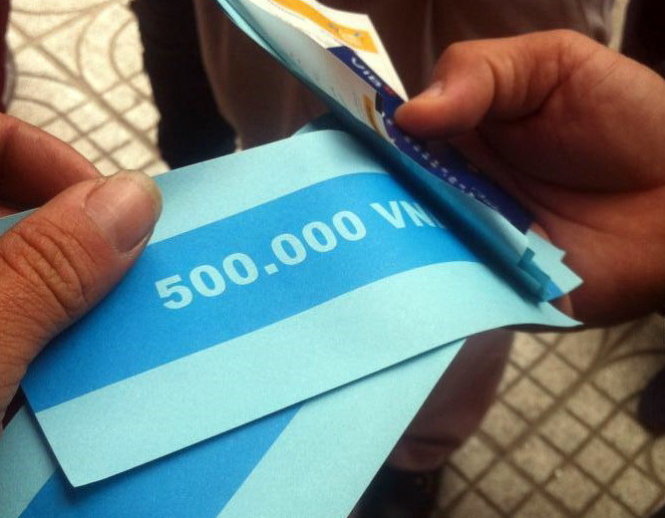 A man attempting to withdraw cash from a PvcomBank ATM in Hanoi was stunned on Wednesday when the machine spat out a stack of papers instead of cash.

Onlookers laughed in amusement upon noticing the blue papers with “500,000 VND” printed on one side, with many uploading photos to social media and turning the story viral.

The ATM was put in front of a Big C outlet on Tran Duy Hung Street, Cau Giay District.

In a statement sent to media the same day, PvcomBank confirmed the ‘ATM dispensing paper’ incident, but explained that the unlucky man had withdrawn money from a machine still undergoing a trial run.

The customer happened to withdraw money when the technical contractor of the machine had yet to finish the testing phase and there were no technicians on-site to correct the error, according to the lender.

“Because the ATM had yet to be refilled with cash, it dispensed ‘sample money’,” PVcomBank said.

The lender added it had contacted the customer and reimbursed him the amount deducted from his balance following the troubled withdrawal.

The bank also asserted that its system had been running smoothly as of late Wednesday.