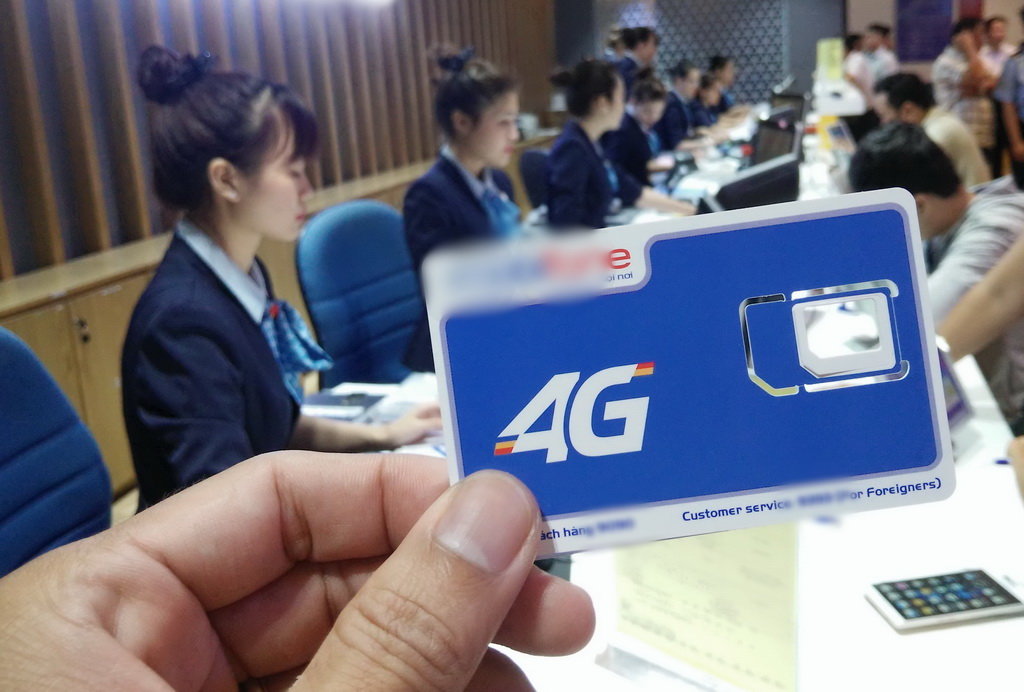 Despite telecom carriers offering price promotions that have made 4G data plans in Vietnam even cheaper than 3G packages, many customers remain reluctant to make the switch.

Those who have switched to 4G-ready SIM cards have been left disappointed by the connection speed of the new technology, which they feel is no faster than existing 3G speeds.

4G is the fourth generation of mobile communication, succeeding 3G and allowing wireless internet access at a much faster speed.

The technology has been commercially available in Vietnam since April when military-owned telecom carrier Viettel began offering the service.

“Compared to 3G data plans, 4G is cheaper,” said Ai Hang, one Viettel customer who recently switched to a 4G SIM card for free. “For the same monthly charge of VND70,000 [US$3.08], I now have access to two gigabytes of mobile data instead of 600 megabytes as before.”

Refusing to fall behind, Viettel has launched another data package tailored towards frequent Facebook users, offering postpaid users unlimited data to browse the popular social media site with for only VND30,000.

Prepaid users can access 20 gigabytes of Facebook-browsing data for the same price.

“I don’t see any difference,” said Huy Chinh, who has been using 4G for the last two months. “The connection speed is sometimes really slow and unstable. I feel like mobile carriers are pulling the same trick they did when they launched 3G; promoting wine and selling vinegar.”

According to a report by American content delivery network Akamai Technologies, Vietnam’s average mobile internet speed in the first quarter of 2017, including 3G and 4G, was 5.3Mbps, making it among the slowest in the Asia-Pacific region.

On average, Asia-Pacific countries enjoyed a connection speed of 9.69Mbps, while Australian and Japanese users had access to mobile internet speeds of 15.7Mbps and 15.6Mbps, respectively, according to the same report.

Only 56 percent of Vietnamese 4G users are satisfied with the current service quality, according to another report published by the International Data Group in July.

Thieu Phuong Nam, general director of Qualcomm telecom company in Vietnam, Laos and Cambodia, said that Vietnamese data plans were among the cheapest in the region and across the globe.

Nam expects data prices to continue to fall due to increased competition amongst carriers as well as the implementation of new technologies allowing more cost efficient operations.