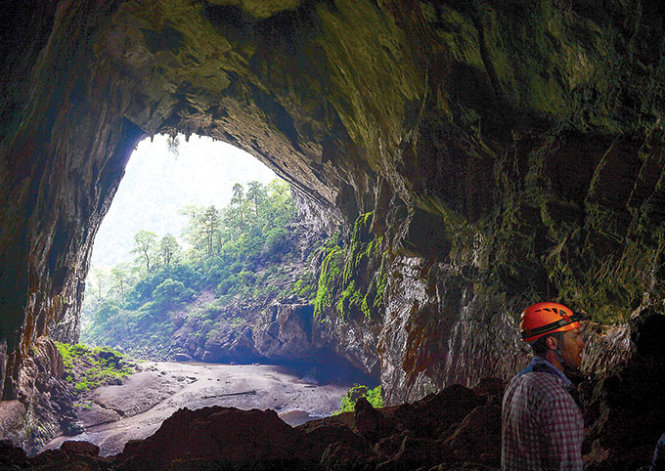 A proposal for a cable car in Vietnam’s Phong Nha-Ke Bang National Park has received in-principle agreement from Prime Minister Nguyen Xuan Phuc, who requested however that the plan be thoroughly studied.

The national park, located in the north-central province of Quang Binh, is also home to the famous Son Doong Cave, currently the world’s largest.

On Friday, PM Phuc led a government delegation to work with Quang Binh leaders and was briefed of the cable car proposition.

While the premier acknowledged that the proposal has sparked controversy among experts and members of the public, he has “agreed in principle” to the plan.

The head of government, however, underlined that all relevant parties must stay in line with the law and procedures in the plan’s studies and implementation.

The cable car construction should not leave any impact on the natural heritage in Phong Nha and must be properly used to ensure the nature will not be overexploited, PM Phuc said.

The prime minister has also agreed in principle to add two golf courses proposed to be built in Quang Binh to the national master plan for golf course development.

Upon the in-principle approval from the premier, the Ministry of Culture, Sports and Tourism will work with local authorities to prepare a more detailed plan for the project and seek consultation from the UNESCO, before reporting to the government for further consideration.

A ministry representative said at Friday meeting that UNESCO is concerned about the cable car project in Phong Nha, as En Cave, one of the line’s ends, is the core of the world heritage. The Phong Nha-Ke Bang National Park inscribed on the World Heritage List in 2003.

“A cable car will surely lure more visitors to Phong Nha, but it should be environmentally friendly and developed in line with UNESCO regulations and win approval from local and international scientists,” another official said at the meeting.