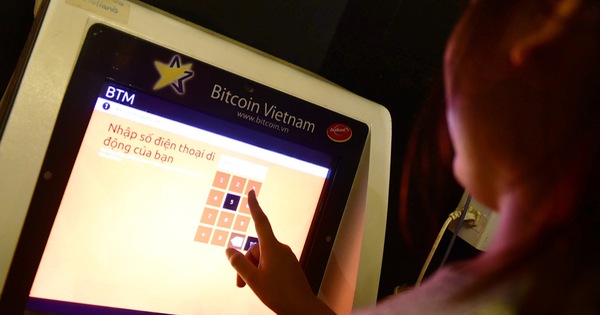 Vietnam’s hype for cryptocurrency could be pipe dream for some

The hype for cryptocurrency in Vietnam is growing stronger than ever as local investors spend fortunes on digital assets despite their lack of recognition under Vietnamese laws.

Online forums and cryptocurrency groups boast thousands of members, while sites promoting digital ‘coins’ advertise the investment as capable of yielding high returns in only a matter of months.

For newcomers in the industry, it is not difficult to get up to speed on the workings of cryptocurrency, considering Google returns over 1.7 million results for the Vietnamese translation of “make digital money."

The most popular digital coin among Vietnamese enthusiasts over the past two years has been OneCoin, a cryptocurrency originating from Bulgaria.

In its online advertisements, the coin’s management company OneLife promises investors a ludicrous interest rate of 1,000 percent after the first year.

H., a bank employee, prides himself on being a weathered OneCoin investor, having made 400 euros (US$477) in profit from the cryptocurrency.

For H.C., a specialist in selling and leasing powerful computers to ‘coin miners,' the growing domestic hype for digital coins is a gold mine.

According to H.C., many fellow Vietnamese are jumping into the business “like fireflies," spending billions of VND (VND1 billion = $44,000) on cryptocurrency investments without fully understanding how digital currencies work or the risks involved.

Bitcoin, believed to be the pioneer in decentralized money, is another popular digital coin among investors in Vietnam.

The value of bitcoin can fluctuate by a large margin in a short period of time, making it both a profitable and high risk investment.

For instance, the coin’s value jumped a staggering $4,193 per coin on Tuesday afternoon to $4,553 the next afternoon.

However, according to experienced bitcoin investor Quan, making profit from the cryptocurrency is a stressful task, since investors must stay continuously updated on market trends.

When two prominent bitcoin figures were arrested in the U.S. in 2014 on charges of money laundering, the market plunged, causing Quan to immediately lose VND100 million ($4,400).

‘Not a piece of cake’

According to Doan Thien Phuc, CEO of Setech Viet Technology Company, bitcoin uses a decentralized repository system, with transactions taking place on a direct, peer-to-peer basis without an intermediary.

These transactions are recorded in a public ledger known as blockchain, Phuc said, the maintenance of which is performed by a network of communicating ‘nodes’ running bitcoin software, without the need for a trusted central authority.

The distribution of the ledger into millions of such nodes makes it nearly impossible to hinder the transactions, he explained.

According to the General Department of Vietnam Customs, it has recently received requests to import expensive computers designed specifically to mine bitcoins.

These computers can cost billions of VND to build, and require a tremendous amount of electricity to run effectively, according to bitcoin experts.

Bitcoin mining is the process of adding transaction records to the coin’s public ledger of past transactions, which is intentionally designed to be resource-intensive so the daily yields by miners remain steady.

According to experts, the process is similar to solving a puzzle, the difficulty level of which is automatically adjusted so that only one miner, or a group of miners, can ‘solve’ the problem around every ten minutes and be rewarded with some bitcoins.

Hoang, an Uber driver in Ho Chi Minh City, learnt the lesson the hard way, having lost his house to the digital coin.

“I got unlucky and had to sell my house to pay my debts,” Hoang said, warning other investors to beware of pyramid schemes that advertise themselves as cryptocurrency exchanges.

According to CEO Phuc, there are currently around 21 million bitcoins in circulation worldwide.

Bitcoin Vietnam has made voluntarily business reports to the State Bank of Vietnam and expressed its wish to be formally recognized in order to to minimize legal risks, the central bank disclosed.