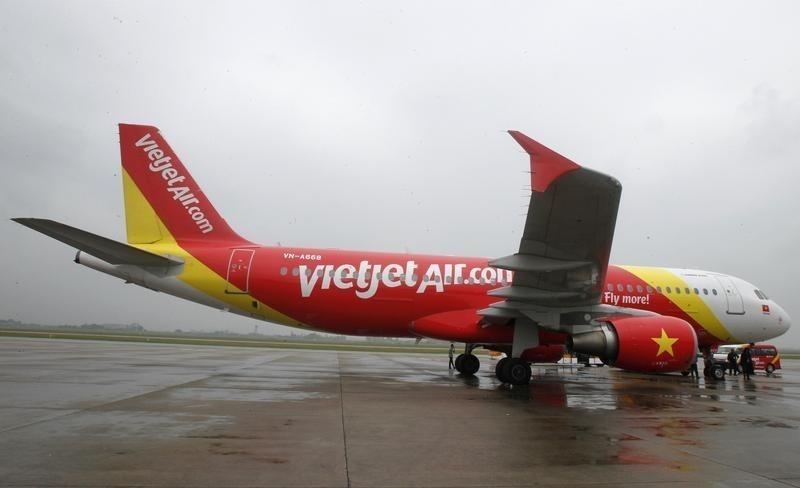 Thai VietJet Air, a subsidiary of budget carrier VietJet Air, is suspended from operating international flights until new operator certificates are issued by the Civil Aviation Authority of Thailand (CAAT), the Bangkok Post reported on Wednesday.

The airline is among 12 small carriers – together accounting for just two percent of Thailand’s air market – affected by an order issued late Tuesday by Thai Prime Minister Prayut Chan-o-cha, the English-language newspaper said.

The airlines are still permitted to fly domestic routes, but all international flights operated by the affected carriers are to be put on hold, according to the article.

A VietJet Air representative confirmed the suspension to Tuoi Tre (Youth) newspaper on Wednesday evening, though it stressed that the suspension of its Thai subsidiary's international routes would have little impact on the parent company in Vietnam.

Thai VietJet Air currently operates international routes between Thailand and the Vietnamese cities of Hanoi, Hai Phong, and Ho Chi Minh City at a frequency of a couple of flights weekly, he said.

These flights will be temporarily operated by VietJet until the Thai branch has its certificate renewed, he added.

Reuters quoted a CAAT representative clarifying that the reasoning behind the suspension order was “not that they failed the assessment, but that the assessment has not been completed yet,” a reference to Thailand’s auditing of commercial airlines to ensure they meet standards set forth by the International Civil Aviation Organization (ICAO).

"They can resume their flights as soon as they pass the assessment,” Chula Sukmanop, director general of CAAT, was quoted by Reuters as saying.

The carrier was first authorized in November 2014, and operated its first flight in 2015.