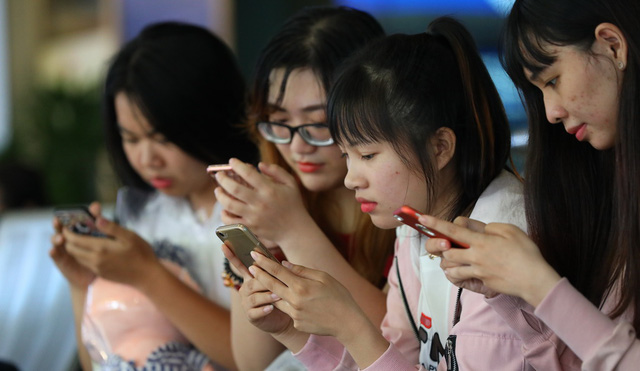 ​Mobile numbers in Vietnam to become portable among carriers

A new plan enabling cellphone users in Vietnam to switch between mobile carriers while retaining their phone numbers is set to take effect on December 31.

Military-run telecom group Viettel has put the new technology to test on Thursday, when it begins running technical checks for the transfer of numbers between networks operated by itself and those by Vinaphone and Mobifone.

The three major mobile network providers have confirmed preparations to launch mobile number portability by the end of this year, as scheduled by the Ministry of Information and Communications.

According to the ministry, 90 percent of the cellphone users in Vietnam who subscribe to networks operated by these three telecom giants will benefit from the new service.

The service is available to both prepaid and postpaid subscribers.

Currently, mobile users in Vietnam are forced to change numbers when deciding to switch to another carrier, as each network operator is allocated a different set of numbers.

“We’ve basically finished developing the technical infrastructure to interconnect our system with other providers,” a representative from Viettel told Tuoi Tre (Youth) newspaper on Wednesday.

A Mobifone representative also confirmed the same day that the company was on schedule for the official launch of MNP in Vietnam on December 31.

An official from Vietnam Posts and Telecommunications Group (VNPT), which owns Vinaphone, said it had finished building the portal for the switch and that a MNP signaling system would be installed in October.

According to Vietnam’s Authority of Telecommunications, the technical connection between a central control center and the three providers’ systems is being tested this month and remains on schedule for launch in December.

A set of guidelines and procedures for the switch between network carriers will also be established by the end of the year.

The Ministry of Information and Communications estimates that between one and five percent of mobile phone users will switch networks after the feature launches, with the main reason for the switch being dissatisfaction with their current provider.

Regulations will have to be issued to prevent the exploitation of MNP by end users to enjoy promotions from different networks, the ministry warned.

According to a draft circular on MNP, subscribers are required to have used their number for at least 90 days with their current provider before they can make the switch.

Those with unpaid mobile bills will also be prohibited from transferring their number, the draft reads.

The launch of MNP will force network providers to engage in healthy competition in order to retain current customers and attract new ones.

“Currently, many customers who are dissatisfied with their provider have to grin and bear it since they don’t want to lose their phone number,” said Do Thien Anh Tuan, a lecturer for the Fulbright Economic Teaching Program.

“With MNP, providers are stripped off this privilege and will have to offer quality service in order to retain customers.”

With this new feature, new network operators are also put on level playing ground with well established ones, increasing the competitiveness of the domestic mobile market.

For governing bodies, MNP will eliminate the need to allocate numbers to different providers, making the use of phone numbers much more efficient in that no single provider will have too few or too many digits on their hands.

“The only worry is pricing,” asserted Huynh Thanh Phi, a marketing expert.

“Of all the different ways of attracting customers, setting the lowest possible price may be the first option used by providers, even before quality.

"Without good management, the situation could spell chaos.”