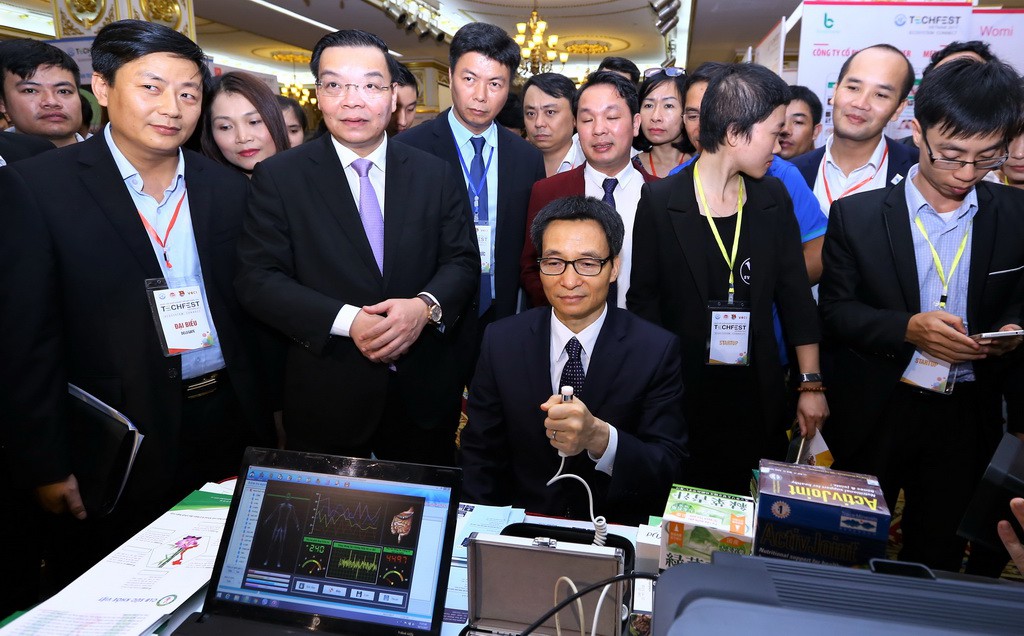 Up to one billion U.S. dollars in venture capital awaits Vietnamese startups, Minister for Science and Technology Chu Ngoc Anh said on Tuesday at the launch of a government website for startups.

The website, www.startup.gov.vn, provides complete, accurate and timely updates regarding the startup and innovation scene in Vietnam and is at the disposal of aspiring entrepreneurs.

Information on venture capital funds and government policies are also available, while startup leaders can connect with others via a platform integrated with the government-run site.

The website was launched on Tuesday at the opening of Techfest Vietnam 2017, the third edition of an annual festival organized by the Ministry of Science and Technology to promote startup and innovations.

Running from November 14 to 15 in Hanoi, Techfest Vietnam 2017 is a meeting point for local startups and investors seeking opportunities for investment and networking.

According to Chu Ngoc Anh, venture capital funds have pledged to make up to US$1 billion available for worthy startups at the event.

The minister stressed that Vietnam’s startup scene had flourished in recent years, with around 3,000 registered startups nationwide.

As of 2017, over 900 startup ideas had been successfully realized and 300 startup companies had connected to investors and funds through events such as Techfest, he added.

The number of venture capital funds operating in Vietnam has increased by 30 percent on last year, with notable names including IDG Ventures, CyberAgent Ventures, Captii Ventures, Gobi Partners, and 500 Startups.

The five most successful startups have attracted over $50 million in capital investments, including $28 million poured into Momo – a startup company specializing in digital wallets.

Recently, Vietnamese gourmet media platform Foody had 82 percent of its shares acquired by Singapore-based consumer Internet group SEA Limited for a price of over $64 million.

SEA is one of Southeast Asia’s first so-called unicorns - startup companies that are valued at over $1 billion. Last year, it was valued at about $3.75 billion after raising $170 million during a Series D round, according to Deal Street Asia.

“Vietnam has established cooperative programs with countries that have a developed strong startup ecosystem like Finland, Israel, the U.S. and Singapore,” Minister Anh said. “This enables them to learn from the valuable experience of other modern startup support models.”