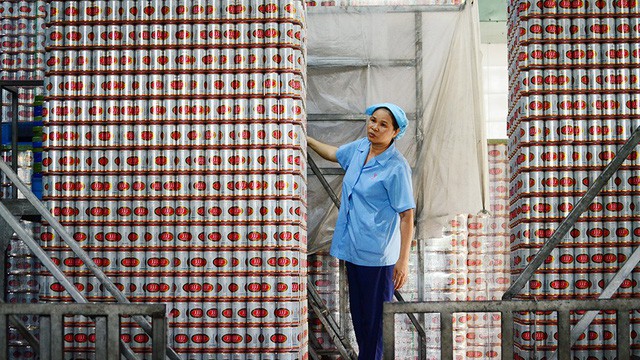 Thailand’s Beer Group, an indirect but wholly-owned unit of Thai Beverage, has set a sales target of two billion liters in 2018 for Sabeco, Vietnam’s largest brewer, since purchasing a controlling stake in the company at an auction last year.

The announcement was made Wednesday by Beer Group board chairman Koh Poh Tiong at a launch ceremony for several new Sabeco product lines.

Tiong’s vision for the company includes an objective to increase the brewer’s Vietnam market share from 40 percent to 50 percent.

The chairman added that reaching the goal will be aided by opening new export channels to Singapore and Thailand.

Thai Beverage (Thai Bev), through a local unit, won the rights to buy a majority stake worth US$4.84 billion in Vietnam’s top brewer Sabeco in an auction last year that marked the country’s biggest-ever privatization of a state-owned company.

Thai Bev emerged as the only buyer for the 54 percent stake in Sabeco through its subsidiary, Vietnam Beverage Co. Ltd., after global brewing groups opted to pass on the auction.

Vo Thanh Ha, board chairman of Sabeco, predicted at Wednesday’s launch that Sabeco will be faced with many challenges in the short and long terms as competitors focus their efforts on carving out increased market shares in Vietnam’s mushrooming beer scene.