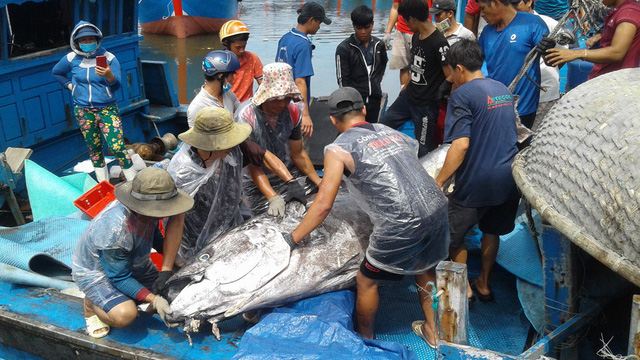 The Comprehensive and Progressive Agreement for Trans-Pacific Partnership (CPTPP), also referred to as the ‘TPP without the U.S.,’ is still expected to bring in a number of benefits for different Vietnamese economic sectors, a top trade official said.

The Trans-Pacific Partnership (TPP) was signed in February 2016 by 12 countries that border the Pacific Ocean.

The ambitious trade deal, however, was effectively left for dead when the U.S., under the protectionist administration of President Donald Trump, announced its withdrawal in January 2017.

One year later, the 11 remaining countries rebranded the agreement as the CPTPP and intended to officially launch the new trade deal at a signing ceremony scheduled this Thursday in Chile.

Following the signing, the CPTPP will come into effect if six of the member states ratify the trade pact in their own countries.

The original TPP planned to cover 40 percent of the world’s economy. Without the U.S., the deal only involves 13.5 percent of global GDP.

The CPTPP will incorporate and maintain the high standards set forth by the original trade pact, with custom duties on 95 percent of goods to be removed in the years following its ratification.

Vietnam was believed to be one of the biggest beneficiaries of the TPP.

According to Vietnam’s Ministry of Planning and Investment, the CPTPP will lead to GDP growth of 1.32 percent and a four percent jump in export revenue – a hefty drop from 6.7 percent and 15 percent increases in GDP and export revenue projected for the original 12-member TPP.

“The CPTPP will open new markets for Vietnam’s industrial and seafood sectors and also contribute to the country’s effort to fight poverty,” Luong Hoang Thai, head of the border trade department under the Ministry of Industry and Trade told Tuoi Tre (Youth) newspaper in an interview published on Thursday.

Thai said the new deal preserves all tariff outcomes agreed to under TPP, meaning that custom duties on 95 percent of trade in goods between the parties will be cut or eliminated, either immediately or according to pre-defined schedules, once the CPTPP enters into effect.

“The good news is that Vietnam was given a longer schedule for the tariff reduction and elimination, from seven to ten years compared to the common seven-year roadmap,” he said.

Thai said many of the trade pact parties have committed to fully open their respective markets for Vietnamese imports, such as seafood, tropical agricultural produce, textile and garment, and footwear.

“The CPTPP will leave positive impacts on the agriculture and seafood sectors, helping Vietnam to ease poverty for farmers and fishermen,” he said.

Under the CPTPP, other member countries will also cut all tariffs for imports of Vietnamese industrial goods to zero, compared to the current average rate of 1.7 percent, according to the official.

Some non-tariff barriers for Vietnamese goods will also be lifted in line with the trade deal, he added.

“Some countries, such as Japan and Canada, will immediately cut more than 90 percent of their tariffs for Vietnamese imports after the trade pact takes effect,” Thai said.

However, as the agreement is to be implemented on a reciprocity basis, Vietnam will not merely enjoy benefits but also meet some challenges from the CPTPP, the official noted.

As other member states are slated to open their doors for Vietnamese imports, Vietnam will also eliminate custom duties for goods from other markets.

“The biggest challenge will be for the animal husbandry industry, particularly the pork and poultry sectors,” he said.

“The good news is that some of our industries have already been ‘opened,' and some sectors have experience in dealing with challenges.”

For instance, he elaborated, the country has already eliminated tariffs for cars imported from ASEAN countries since January this year, an opportunity to gain experience that can be applied to when the sector opens to other CPTPP countries in the next seven years.

As for the husbandry industry, Thai said relevant agencies and sectors have been preparing to take on the challenges, adding that difficulties do not necessarily result in bad outcomes.

Vietnam has entered free trade agreements with Australia and New Zealand, which once sparked fear that the country’s dairy sector would be unable to compete with these two giant milk makers.

“The reality is that Vietnam’s dairy producers have been proactively working to strengthen themselves and keep their products competitive,” he said.

“In conclusion, with good preparation and a proper roadmap, we hope that Vietnamese sectors will all be able to weather challenges that may come with the CPTPP.”