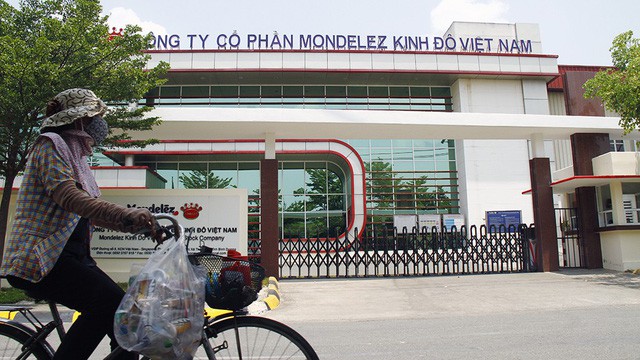 Few Vietnamese enterprises are strong enough to weather the constant curveballs thrown by evolving domestic and global markets, but even fewer are able to resist the sweet temptation of acquisition by large international firms.

The speed at which established and popular Vietnamese brands are hopping on the new ownership is showing no signs of slowing down.

Vietnam’s attractiveness as an M&A destination is highlighted by the US$16 billion in purchase deals made with local companies in both 2016 and 2017.

What raises concerns among analysts, however, is the trend of Vietnamese companies ‘selling themselves’ to foreign investors, despite years-long efforts spent on building and nourishing brand identities.

Children born before 2014 may very well be the last generation of Vietnamese kids to grow up with the Kinh Do brand candy being their top choice for a sugary snack.

Founded in 1993, Kinh Do spent 21 years cementing a foothold in the Vietnamese sweets and candy industry, before selling 80 percent of its confectionery business to Singapore’s Mondelez International in late 2014.

In August 2016, Kinh Do, rebranded as Kido Group, sold off its remaining 20 percent stake to Mondelez, officially turning the much loved Vietnamese brand into a 100 percent foreign-owned business.

In June the same year, Cau Tre, a frozen food producer with a 34-year history, was rebranded as CJ Cau Tre after its majority shareholder, South Korea’s CJ CheilJedang, increased its holding in the Vietnamese firm from 51.6 percent to 71.6 percent.

Meanwhile, the country’s leading brewer, Sabeco, sold more than 53 percent of its stake to a Thai owner earlier this month.

Look outside the food and beverage sector and the examples are even more aplenty.

Noteworthy acquisitions within the retail and manufacturing industries are slowly eating away at Vietnam’s homegrown heavy-hitters and paving the way for foreign companies to steadily accumulate corporate market shares.

V.C., the CEO of a heavy industry firm who built his company from scratch, made it no secret that the country’s business environment was the main reason for him to sell 40 percent of “[his] flesh and bone.”

“I was involved in a myriad of challenges at the time,” he said.

“While the heavy industry sector requires huge initial costs, it promises nothing but risks."

More importantly, he shared, are the unstable policies toward businesses, which are “usually adjusted in ways that create more difficulties for 100 percent Vietnamese-owned firms than for joint ventures between domestic and foreign investors.”

V.C.’s decision to sell part of his company was steeped in his belief that a foreign holding would allow him to avoid red tape and petty corruption related to Vietnam’s administrative procedures and formalities.

“Had it not been for my disappointment with the bureaucratic paperwork and policies that hindered domestic companies at that time, I would have never sold my company, even if I was in severe financial trouble,” he underlined.

In the end, V.C. said it was a tough, but correct decision to make.

“I’ll never regret this,” he said.

From an expert perspective, Professor Tran Van Tho, a member of an economic consulting panel for Prime Minister Nguyen Xuan Phuc, finds the trend quite worrying.

Tho said the “phenomenon,” whereby Vietnamese companies are willing to ‘sell themselves’ to foreign investors after achieving a certain level of growth and development, needs to be carefully studied.

Right on their home soil, Vietnamese companies still hold a much weaker competitive edge than their foreign rivals, Tho told Tuoi Tre (Youth) newspaper in an interview.

The foreign sector currently accounts for 50 percent of Vietnam’s industrial output and 70 percent of the country’s export value.

“If more Vietnamese companies are sold to international owners, the country’s reliance on the foreign sector will only become bigger,” Tho warned.

As Vietnam speeds up its privatization plan for state-run companies, Tho said the “foreign factor” should be taken into serious consideration.

“While privatization of state enterprises is a must, we should be cautious [with foreign stakeholders],” he said, suggesting that domestic businesses be “given the opportunity to join this effort.”

“By doing so, state-run companies will remain Vietnamese-owned following their privatization,” he said.

“Why should we rely so much on foreign forces for our own development when we have a population of nearly 100 million? This will leave a strong impact on our national pride and confidence.”