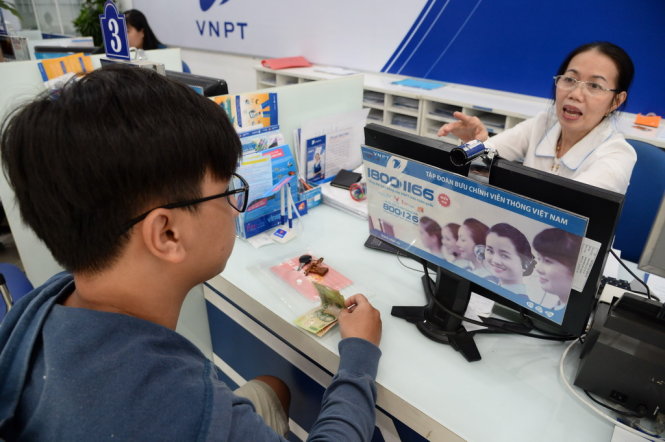 Sending their portraits to network operators may help subscribers in Vietnam prevent their accounts from being blocked as a new decree on mobile phone user registration takes effect later this month.

Mobile phone users in the Southeast Asian country have been notified via text message that they need to add a portrait to their account registration, or risk having it disabled in the next two weeks.

Under Government Decree 49, coming into effect on April 24, all mobile subscribers have to register for an account with accurate information, including their name, ID number and a portrait.

While users have long been required to register for a mobile account using their real personal information, the photo requirement is meant to put an even tighter control on the use of improperly-registered SIM cards to spread spam messages, according to regulators.

After April 24, any account without the proper registration information will be blocked from making phone calls or sending messages.

Mobile carriers in Vietnam have rushed to notify their customers of the new rules, when the deadline is only a fortnight away.

Users are supposed to physically visit transaction spots of their own carriers to take the photo, as online submission is not allowed.

“An accurate account registration will help customers protect their mobile phone numbers and allow the network carriers to better manage their data and fight against improperly-registered SIM cards.”

Viettel has trained its employees to help subscribers with the photo taking task, and also pledged to send mobile working teams to public places or remote areas to help customers there, according to the representative.

A Vinaphone representative also confirmed to Tuoi Tre the company has sent messages to customers to brief them on the new rules and suggest that they visit the nearest stores to complete registration.

Vinaphone users are advised to compose a new text message with the content “TTTB” and send it to 1414 to check if their accounts are properly registered.

A Vinaphone call center employee told Tuoi Tre News on Monday that only subscribers who receive the reminder message should be worried about their account registration.

“If you don’t receive this message, it means your account is adequately registered and you don’t need to take any further step,” she said.

Asked how Government Decree 49 will affect foreign subscribers who reside in Vietnam, the Vinaphone employee told Tuoi Tre News that they are supposed to register using information on their passport, and “have to take the photo as per regulations.”

The requirement that mobile phone users have to submit their portrait was first introduced in 2017, sparking widespread concerns among subscribers.

“I don’t know why the mobile carrier needs that extra photo when I have already submitted a scanned copy of my ID card, which includes my photo, during registration?” a user named Bui Van Hoa questioned.

People have criticized that it is a waste of time for them to skip work to visit transaction spots of the mobile companies to have their photos taken.

“This is so low-tech as we will have to queue in line for our turns, which we obviously don’t have time to do,” Hoa said.

Hai Ha, another subscriber, said that mobile carriers should not worry that subscribers will send fake photos if they are allowed to do it on the Internet.

“For their own rights and interests, I believe users will upload their genuine photos to complete registration,” she said.

“Even when people are required to register for a new SIM card with accurate information, such nuisances as spam text messages or improperly registered SIMs remain rife,” he said.