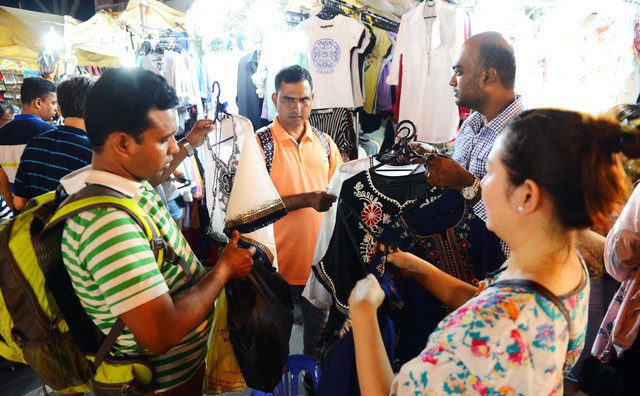 The Ho Chi Minh City Tourism Association has called on Vietnam’s tourism watchdog to seek government approval to renew a nearly-expired visa-free travel policy with better conditions and more countries on the list of beneficiaries.

Visitors from Britain, Germany, France, Italy and Spain have enjoyed visa exemption, with an allowed stay of 15 days for each entry, when traveling to Vietnam since July 2015, when the year-long policy was introduced.

As the expiration date is drawing near, the Ho Chi Minh City tourism association has suggested that the policy be extended, with a longer validity and length of stay.

The policy should be effective for five years, with an allowable stay per entry of 30 days, the association said in a proposal submitted to the Ho Chi Minh City administration and the Vietnam National Administration of Tourism (VNAT).

Arrivals from these markets and their length of stay and spending in Vietnam have been on the rise, Nguyen Thi Khanh, deputy chairwoman of the association, explained.

Vietnam and Australia have recently established a strategic partnership, so “the rapid exemption of visa requirements for this market will be a great contribution to promoting the tourism development of the two countries,” Khanh added.

The visa-free travel policy has boosted arrivals from the five European countries to Vietnam by 13.8-29 percent over the last year.

Despite being considered a success by the VNAT, the program is being criticized by local tour operators for its yearly renewal requirement, and the short length of stay and validity.

Another obstacle is that once leaving Vietnam, visitors who arrive on the visa-free policy can only return 30 days after their exit.

These shortcomings of the visa waiver have been leaving travel agencies treading a fine line when targeting potential markets, according to industry insiders.

This is not the first time the issue of visa policy has been raised.

Earlier this year, the Ho Chi Minh City administration also suggested that the visa waiver for the five European countries should be valid for five years. More ideally, Vietnam should exempt visa requirements for visitors from these markets.

European tourists usually set their travel plans as early as one year in advance, so a short visa-free travel policy discourages them from choosing Vietnam as a destination, according to travel experts.

Other industry insiders say the visa-free program should be given to the ten countries with the largest number of arrivals to Vietnam, or the top ten nations with the highest per capita income in the world.

Vietnam received a record 12.9 million international visitors in 2017, raking in some VND510 trillion (US$22.36 billion) in tourism revenue.

With more relaxed visa policies, Vietnam could become a popular destination, capable of competing with other regional tourism spots, according to experts.

As of April 2018, the Southeast Asian country only offers visa exemptions for citizens from 23 countries and territories.

To put this in perspective, other popular tourist destinations in the region, including Singapore, Malaysia, Indonesia, and the Philippines, have visa waiver policies for 160-169 countries.