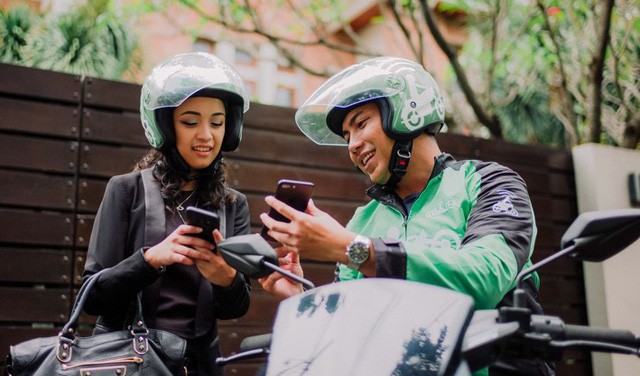 With Uber gone and the road clear for Grab to control Vietnam’s tech-based transportation market, two new players are buckling up for their entrances in the Southeast Asian country.

Go-Jek from Indonesia and MVL from Singapore are getting ready to give Grab Vietnam a run for its money.

From its beginnings as a ride-hailing app, Go-Jek has evolved into a one-stop shop for transportation, logistics, mobile payment, and food delivery.

Tech-based taxi drivers in Vietnam recruited to work for Go-Jek said the process for joining the company is quite simple, particularly for those with experience working for market veterans like Uber, Grab, and VATO – a domestically owned company operated by Vietnamese bus line Phuong Trang.

The company is even offering new driver incentives such as foregoing an installation fee and allowing drivers to completely retain the entirety of the 20 percent commission that would normally be taken by the company.

“This offer is quite attractive considering the 28 percent Grab takes,” Tuan, a Grab driver, said.

He also complained that current motorbike taxi services do not offer appealing promotions to customers, especially on weekends.

Apart from Go-Jek, Singapore -based transportation startup MVL has plans to launch in Vietnam by July, according to a statement given by CEO Kay Woo at an introduction session in Ho Chi Minh City earlier this month.

MVL, or Mass Vehicle Ledger, is a wholly-owned subsidiary of Easi6, a blockchain ecosystem.

If legal procedures are completed on schedule, the application will launch in Vietnam in July.

Uber officially ceased its service in Vietnam on April 8. The exit was part of a deal for Grab to take over Uber’s operations in Southeast Asia in exchange for a 27.5 stake in Grab.

Uber drivers found themselves faced with the decision to join Grab or seek new employment.

Following Uber’s exit, Grab was able to carve out more than 50 percent of Vietnam’s ride-hailing market share. However, consumers are upset by Grab raising its prices and applying more ‘high-demand’ time frames.

Several local apps, such as VATO, which claims to have received US$100 million from Phuong Trang, have jumped in to fill the void left by Uber.