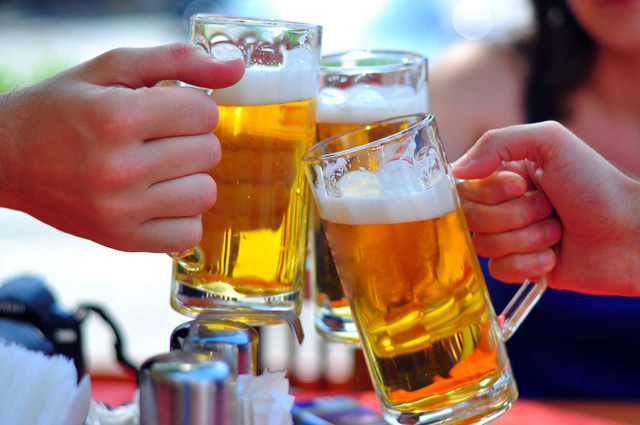 Vietnam has managed to ‘improve’ its global ranking in beer and alcohol consumption at a quite rapid pace over the last few years, a World Health Organization expert remarked at a conference on Friday.

As of 2016, the Southeast Asian country ranked third in Asia, and 64th on the global scale, in terms of beer consumption, Nguyen Tuan Lam, a WHO advisor for Vietnam, said at the event held to discuss a draft decree to prevent alcohol abuse in Hanoi.

“In 2010, Vietnam was the world’s 94th biggest beer-drinking country, and [we] quickly made it to the 64th place just six years later,” Lam said.

According to the WHO expert, each Vietnamese consumes an average 8.3 liters of alcohol per annum, with men outpacing women in how much and how often they drink.

“While the world’s average beer drinking rates in men and women are 48 percent and 29 percent, the respective rates in Vietnam are 77 percent and 11 percent,” Lam said.

As far as male beer-drinker is concerned, every male Vietnamese individual from 15 years old and above drinks an average of 27.4 liters of alcohol per year, making Vietnam the second-biggest beer-consuming market in the Southeast Asian and West Pacific region, tenth in Asia and 29th in the world, the expert said, citing 2010 statistics.

However, local businesses did not share the view that these alarming figures could be used as ground to develop strict regulations on alcohol production and consumption in Vietnam.

The industry insiders believe that it is not necessary to promulgate a new law on preventing harmful effects of alcohol abuse, as there are already as many as 83 different legal documents, including decrees, resolutions and directives regulating the production and use of alcohol in the country.

The businesses also reasoned that Vietnam’s alcohol consumption rate is only 4.4 liters per individual per year, much lower than the 8.3 liters provided by the WHO expert.

The draft decree on preventing harmful effects of alcohol abuse is scheduled to be submitted to the lawmaking National Assembly for approval in early 2019.

The bill holds the longest time of preparation in the health sector as it has been ten years since the drafting process was initiated, but the final draft version remains under discussion.