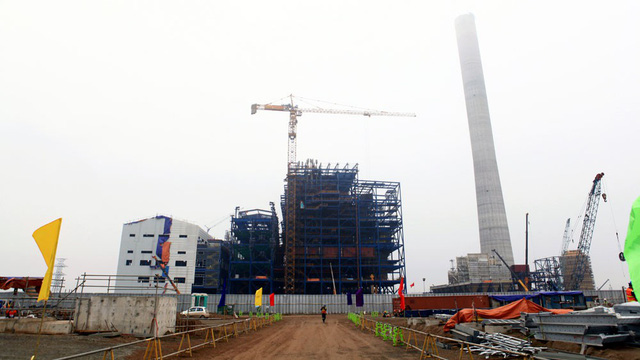 Vietnam’s Ministry of Industry and Trade has proposed giving a contract for the development of a US$2.1 billion thermal power plant in the north-central province of Nghe An to a Chinese-led consortium amidst reports that the megaproject’s Vietnamese developer may be financially incapable.

The 1,200-megawatt plant, expected to produce approximately 6.6 billion kilowatt-hours of power annually, was expected to begin operations in 2020 and serve as one of the region’s key sources of electricity.

High hopes for the project were slashed after Vinacomin announced multiple delays shortly after breaking ground in 2015, putting the blame on its failure to mobilize capital from financial partners.

As of September 2017, Vinacomin’s total consolidated debt had amounted to nearly VND78 trillion ($3.41 billion), according to the Ministry of Industry and Trade.

The corporation reported that it would need an additional loan of VND39 trillion ($1.7 billion) to move forward with Quynh Lap 1.

Such a loan would raise its debt-to-equity ratio above state limits, according to a letter the ministry submitted to the prime minister.

Vinacomin says it is in discussion with South Korean companies Kospo and Samtan to secure investments of 34 percent and 30 percent, respectively, of the project’s total development capital to round out the Vietnamese corporation’s own contribution of 36 percent.

However, the discussion seems to have been at a standstill since they began two months ago.

“With such persistent problems, Vinacomin’s proposed plan to develop the plant is not feasible to be submitted to the prime minister for consideration and approval,” the Ministry of Industry and Trade said in the letter.

The letter went on to suggest handing the project over to a consortium between Hanoi General Export Import JSC (Geleximco) and Hong Kong United Co., Ltd. (HUI), as per the companies’ proposal.

In 2017, the Geleximco-HUI consortium had proposed taking over the development of two power plant projects in Vietnam – Quynh Lap 1 and the Quang Trach 2 thermal power plant in the central province of Quang Binh, a project currently developed by state-run Vietnam Electricity Corporation (EVN).

The proposal, however, was met with strong objection by both of the state-run corporations.

Even the trade ministry admitted that transferring the megaproject to a Chinese-related entity has imminent risks.

If the Chinese-led consortium takes over the Quynh Lap 1 project, 80 percent of the plant’s total development capital will be loaned by Chinese banks at annual interest rates between 10.86 and 11.77 percent, according to the ministry.

“In that case, the project will become wholly privately invested, making it difficult to require the developers to use locally sourced equipment,” it said.