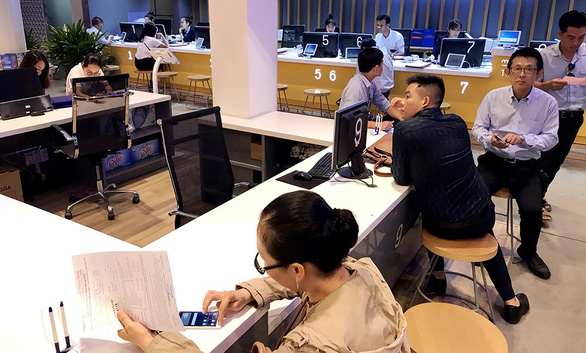 How to port your Vietnamese phone number to another network operator

As Vietnam is all set for the official launch of mobile number portability (MNP) on Friday this week, the communications ministry on Tuesday released instructions on how to transfer phone numbers from one carrier to another.

In the first three months from November 16, three major mobile network operators in Vietnam – Viettel, VinaPhone and MobiFone – will offer the service to post-paid subscribers to test its impact on the telecoms market.

In the first quarter of 2019, the service will be rolled out for prepaid subscribers of the three operators as well as those of Hong Kong-invested Vietnamobile.

Meanwhile, Gtel, a mobile network operator owned by Vietnam’s Ministry of Public Security, has not announced any plans to offer MNP to its subscribers.

Once the service is launched on Friday, mobile users who wish to transfer their phone number to another network can register for the switch at any office of their current operator.

The transfer fee is limited to no more than VND60,000 (US$2.60), and customers will receive a blank SIM card after paying for the service.

They must then initiate the number porting process by texting ‘YCCM’ to 1441 with their current SIM card.

A text message will be sent to the user’s mobile phone confirming the initiation. If they wish to abort the transfer at this stage, simply text ‘HUYCM’ to 1441.

To complete the process, the user can insert the blank SIM card into their mobile phone, upon which they should receive a text message announcing that the transfer has been successful.

The entire procedure should take less than 24 hours, with no more than one hour of interruption during which the phone number cannot be reached, according to a Ministry of Information and Communications official.

In reality, users should expect the interruption to last for only a few seconds in the majority of cases, the official added.

There will be no limit on the number of times a mobile user can port their number to a different network, but there is a 90-day interval between the two changes.

“We expect a surge in the number of applications for mobile number portability in the first few days of rolling out the service, but the demand will likely level out after a while,” said Pham Hong Hai, Deputy Minister of Information and Communications.