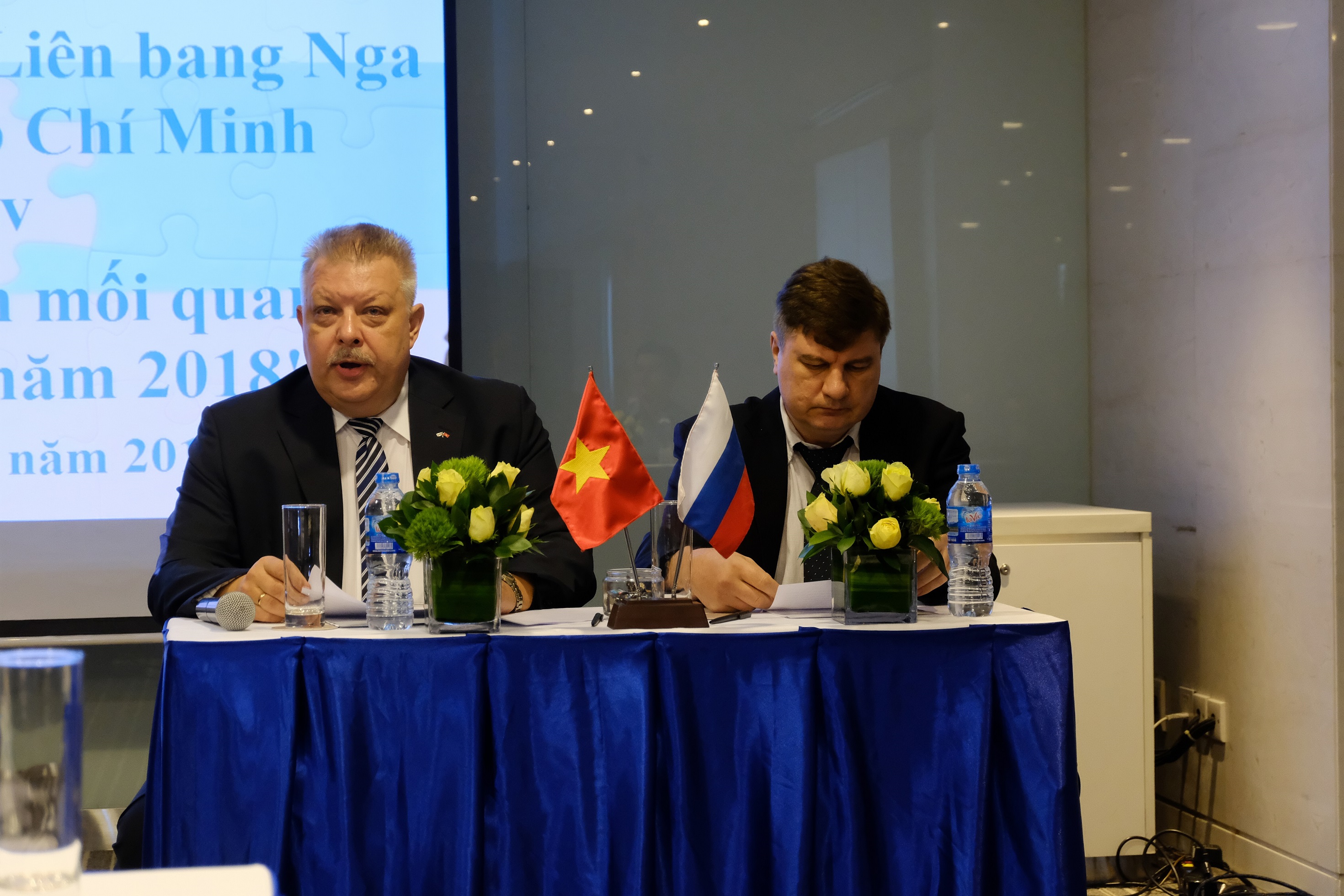 Russian companies have a strong interest in Vietnam as the latter is an important partner of the federation in Southeast Asia, a Russian trade official said this week.

The trade relations between Vietnam and Russia have been significantly elevated since the Southeast Asian country’s free trade deal with the Moscow-led Eurasian Economic Union entered into force on October 5, 2016, Dmitry Makarov, head of the Ho Chi Minh City branch of the Trade Representation of the Russian Federation in Vietnam, said at a press conference to wrap up the year 2018 on December 26.

“Economic results in 2018 have indicated that Vietnam is still a key trade partner of Russia in Southeast Asia,” Makarov said in Ho Chi Minh City.

Bilateral trade topped $4.8 in January-October, up 23 percent year on year, he said, quoting Alexey Popov, General Consul of Russia in the city.

Russian wheat has topped the list of exports to Vietnam for the first time in the history of bilateral trade, reaching $477 million in value in January-October, 2.5 times that of the same period of last year, Makarov said.

“Russia has overtaken Australia and Canada in terms of the volume of wheat imports into Vietnam,” he added.

“One of the reasons for this is import duties being reduced to zero percent.”

Makarov believed that more Russian goods will be shipped to Vietnam as more and more Russian firms are exploring the Vietnamese market and looking for trade partners.

“In 2018, there have been very many Russian companies coming to Vietnam so seek business opportunities,” the trade official said.

Trade between the two countries have also been hindered by certain technical barriers, he said, adding the removal of these would lead to more positive results.