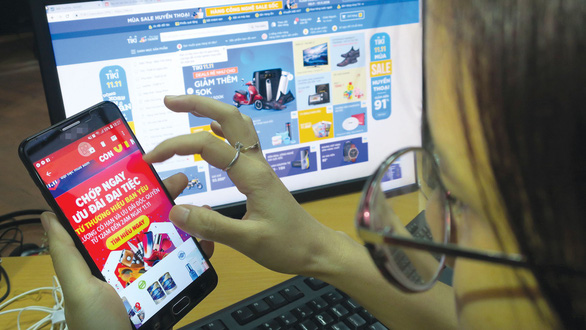 Vietnam raked in the world’s sixth-largest ecommerce revenue in 2018, according to online statistics portal Statista.

The last quarter of 2018 witnessed dramatic changes that dictated the final positions of domestic ecommerce players for the entire year as the sites introduced large, long sales offers.

It was followed by Tiki while Lazada came third and The Gioi Di Dong (Mobile World) and Sendo ranked fourth and fifth respectively.

It seemed that Vietnam had not tapped the full potential of its online shopping market as 53 percent of its population used the Internet, and nearly 50 million possessed smartphones.