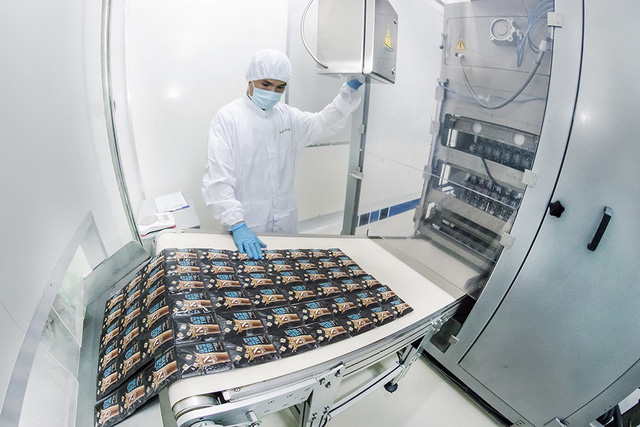 Vietnamese firms actively engage in M&A deals, as both sell and buy sides

The mergers and acquisitions (M&A) scene in Vietnam has become increasingly active, with more and more domestic enterprises developing ties with global partners as a strategy to expand the global reach of Vietnamese brands to the world or to boost their development at home.

These deals appear to have been a win-win for both Vietnamese companies and their foreign partners over the last year.

One of the most notable deals was last month’s acquisition of Vietnamese dentistry chain Kim Dental by Lotte Members Vietnam, the management arm of South Korean conglomerate Lotte in the Southeast Asian country.

The deal made Kim Dental the first Vietnamese brand to join Lotte’s ecosystem, which currently includes international brands like Lotteria and Lotte Cinema.

The main aim of the deal was to combine the Vietnamese side’s long-term business experience, extensive distribution channels in the Southeast Asian country, and deep insights of Vietnamese children’s nutrition with Asahi’s expertise in the production of high-quality powdered milk and baby food.

Earlier in September 2018, NutiFood and Sweden-based Backahill, a strategic shareholder of five major companies listed on the NASDAQ Stockholm, signed a memorandum of understanding to jointly produce dairy products and nutritious organic foods in Sweden for markets in Europe and Asia.

The past year has also seen several notable M&A pacts in the e-commerce sector, including an investment made by Chinese online retailer JD.com Inc into Vietnamese e-commerce firm Tiki.vn at the beginning of last year.

For JD.com, the deal will help expand its Southeast Asia business amid growing competition in the region from Alibaba Group Holding Ltd and Amazon.com Inc, according to Reuters.

Several Vietnamese enterprises have also made investments in foreign companies in order to expand their businesses outside the country.

Most recently, Vietnam’s Yeah1 Group successfully acquired 100 percent of ScaleLab, a U.S.-based YouTube multi-channel network, for $20 million in January, before continuing its buying spree by buying out the Thai operations of the U.S.-based digital media network Thoughtful Media Group (TMG).

Among the top ten M&A deals in Vietnam in 2018, two were made by Vietnamese enterprises.

One month later, Vietnam’s leading IT service provider FPT became the major shareholder of Intellinet, a U.S.-based purpose-driven management consulting and technology services firm, which was listed at the most prestigious ranking among the U.S.’s fastest-growing private companies by Inc. magazine.

These deals have proven that Vietnamese investors are becoming more confident in their abilities to branch out overseas.