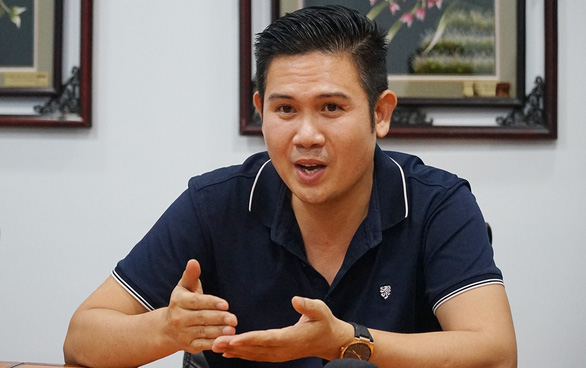 The chairman of a Vietnamese electronics maker that has been selling finished products imported from China and devices assembled from Chinese parts under the guise of ‘Made in Vietnam’ goods, as documented in an exposé by Tuoi Tre (Youth) newspaper, has admitted that the company’s goods are “not Vietnamese” as it has claimed them to be.

Following a series of Tuoi Tre articles that provided evidence of Asanzo Vietnam’s shady practice stating the country of origin of its electronic products, including TVs, air conditioners and home appliances, the firm’s chairman Le Van Tam visited the daily’s headquarters in Ho Chi Minh City on Saturday to discuss the issue in detail.

Tuoi Tre has discovered that Asanzo Vietnam imported TV components, including LCD panels, from China into its factory in Vinh Loc Industrial Park in Binh Tan District, Ho Chi Minh City, where workers assembled them into finished products during a six-step process.

The final products would be labeled as “Made in Vietnam” TVs with “Japanese technology."

At the meeting with Tuoi Tre, Tam admitted that nearly 100 percent of the electronic parts of an Asanzo TV set are Chinese imports.

He underlined that the company does not directly import goods from China, but it sources them from many Vietnamese suppliers.

“We only take care of the assembling and testing processes before selling the finished products in the local market,” he said.

Asanzo is also in charge of such steps as circuit board design and software modification for the Android TV operating system.

Tam said the company markets its merchandise as Vietnam-originated products because the TVs are assembled by Asanzo, a Vietnamese firm, while many of the components are bought from Vietnamese suppliers.

He added that there has yet to be any official document regarding how businesses should state the origin of their products.

Tuoi Tre journalists had gone undercover as assembling workers at the Vinh Loc factory of Asanzo Vietnam to witness first-hand the process of making a ‘Vietnamese TV’ from Chinese parts in just six steps.

One of the most important parts of the process is to remove the “Made in China” text on a stamp placed on every LCD panel imported from China.

The Asanzo chairman refuted the allegation that he had directed his employees to alter those labels.

Even so, he added that it does not matter if they tried to hide the “Made in China” text or not, as the components are after all inside the televisions, meaning few customers may ever see the labels.

Regarding the six-step procedure to produce ‘made-in-Vietnam’ TVs from Chinese components, Tam said he is not aware of it and will check up on it later.

In addition, Tam asserted that Asanzo did not establish dummy companies to import the Chinese products.

“The imported Chinese components are purchased from our Vietnamese suppliers,” he said.

“We try to contract as many suppliers as we can.”

Tam added that his only mistake is to have been careless and unaware of the background of his parts suppliers.

“If [a supplier] commits an offense, they must be responsible for it,” he said.

At the end of the meeting with Tuoi Tre, Tam confirmed that Asanzo products should be labeled as “Assembled in Vietnam.”

“Our products are not Vietnamese goods, even though they are owned by a Vietnamese company,” Tam remarked.

import Chinese made in Vietnam asanzo