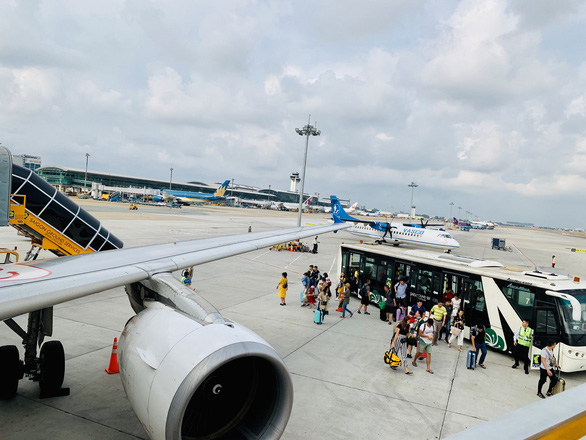 Vinpearl Air Aviation has a charter capital of VND1.3 trillion (US$56 million) and a headquarters based at the Vinhomes Riverside urban area in Long Bien District.

Formerly VinAsia Development Service and Trading JSC, Vinpearl Air acquired its current trading name on May 29, 2019 after registering for a name and line of business (LOB) change with the Hanoi Department of Planning and Investment.

Phuong is a veteran executive at Vingroup while Thuy ran a now-defunct company that was one of the group’s major stakeholders.

Vingroup also announced Tuesday is working with the CAE Oxford Aviation Academy to establish the VinAviation School and Vinpearl Air Training Centre in Vietnam, with enrollment expected to open this August.

Under a deal signed between Vingroup and the academy, the VinAviation School is designed to train pilots and technicians meeting standards set by the Civil Aviation Authority of Vietnam (CAAV) as well as by the U.S. Department of Transportation’s Federal Aviation Administration (FAA) and the International Aviation Safety Assessment (IASA).

Meanwhile, the Vinpearl Air Training Centre will offer training for regular level upgrade of pilots, machinists, flight operators, and flight attendants, among others.

The collaboration with the CAE Oxford Aviation Academy follows Vingroup’s recently-inked cooperation pact with CAE Inc., a Canadian manufacturer of simulation and modeling technologies and training services to airlines.

Per the pact, the sides set goal to annually provide 400 qualified pilots and technicians for the Vietnamese aviation market.  Vingroup vice chairman and general director Nguyen Viet Quang said the company aims to tackle Vietnam’s pilot shortage and export pilots overseas through the opening of its pilot school and training center.

Approval from the Vietnamese prime minister, after intensive evaluations from the Ministry of Planning and Investment and Ministry of Transport, is required for forming any new airline in the Southeast Asian country.