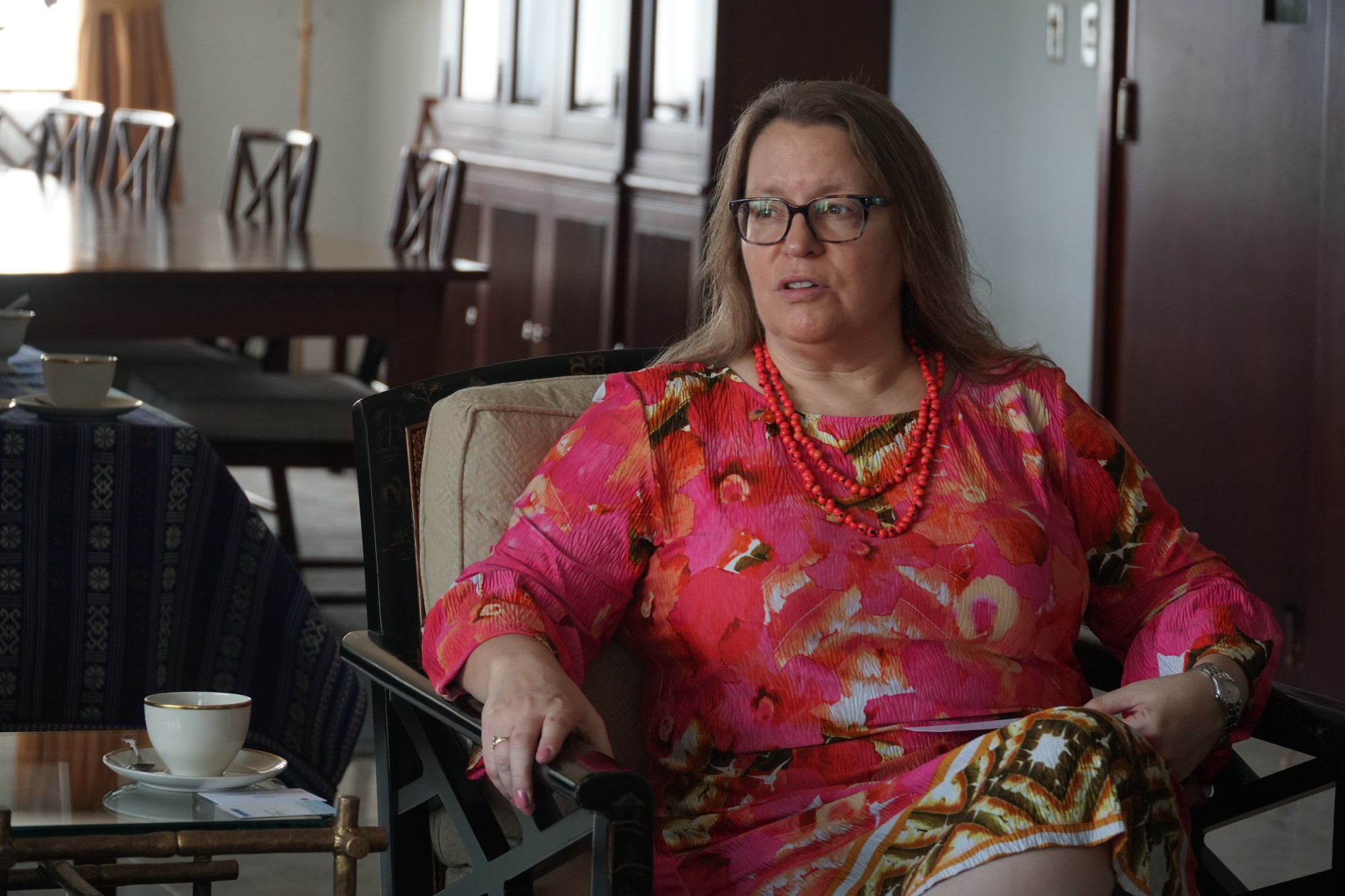 “I landed in the airport wondering, ‘What did you do to the place?’” Damour told journalists in an exchange at her residence on Tuesday.

“It looks so different. Looking out of my window, what I see is a whole different city.”

Damour’s last post in Ho Chi Minh City ran from 2002 to 2004, when she held the position of Consular Section Chief at the U.S. Consulate General.

Her return coincides with a momentous milestone in the Southeast Asian country’s history - the upcoming 25th anniversary of diplomatic relations between Hanoi and Washington in 2020.

The year 2020 also marks the beginning of Vietnam’s two-year term as a non-permanent member of the United Nations Security Council (UNSC) and the start of the country’s tenure as the rotating chair of the Association of Southeast Asian Nations (ASEAN).

During her talk with journalists, Damour focused on the developments in the Vietnam-U.S. relations over the last quarter century.

“We don’t only want to celebrate the historic nature of the relationship, but to focus on what it has looked like over those 25 years,” she stressed.

“It’s remarkable how the relationship has changed.”

Over the course of 25 years. more U.S. businesses have involved themselves and invested in Vietnam, a huge number of Americans have come to live in the country, and massive numbers of Vietnamese students have spent time studying in the U.S., the consul general said.

“One of the things we are working on with Vietnam is to try to create a regulatory framework that will allow public-private partnerships,” Damour told Tuoi Tre News.

She added that a primary economic pillar of Washington's Indo-Pacific Strategy is to encourage sustainable infrastructure development.

Damour also used the event as an opportunity to highlight the U.S. Embassy and Consulate’s partnership with the central Vietnamese city of Da Nang.

“Quite a few” American companies are already familiar with Ho Chi Minh City and the neighboring provinces of Binh Duong and Dong Nai, she said, but leaders in Da Nang also “very much” want to attract investment.

The American diplomat noted that one of the most significant benefits U.S. companies can provide the Vietnamese people with is the expansion of job opportunities.

“In Vietnam, as in the U.S., SMEs [small and medium enterprises] actually generate increased employment,” she said, adding that more jobs are created by SMEs than by “great big” companies.

“Our USAID mission is working with Vietnam to ensure that those SMEs [that are providing jobs] here are part of the global supply chain,” she told Tuoi Tre News.

According to Damour, the percentage of Vietnamese SMEs cooperating with large manufacturing companies is actually quite low compared to the rest of the world.

This issue can be mitigated by creating a platform which encourages SMEs to interact with big producers, she said.

Commitment in the East Vietnam Sea

According to the newly-appointed consul general, trade and investment relations, political and security cooperation, and people-to-people ties are hallmark pillars of Vietnam-U.S. relations.

In terms of political and security cooperation, Damour said Washington’s commitment to supporting Vietnam in its conflicts over issues relating to the East Vietnam Sea is a top priority.

“[Resolving disputes relating to the East Vietnam Sea] is a very important part of our relationship, not just with Vietnam but with all countries in the region and particularly those in ASEAN,” she said.

Explaining the significance of the maritime region, Damour stressed that the region is “extraordinarily important in terms of international trade.”

“I think like 40 percent of global trade passes through those waters,” she said.

“It is extraordinarily important for the energy security of countries in this region.”