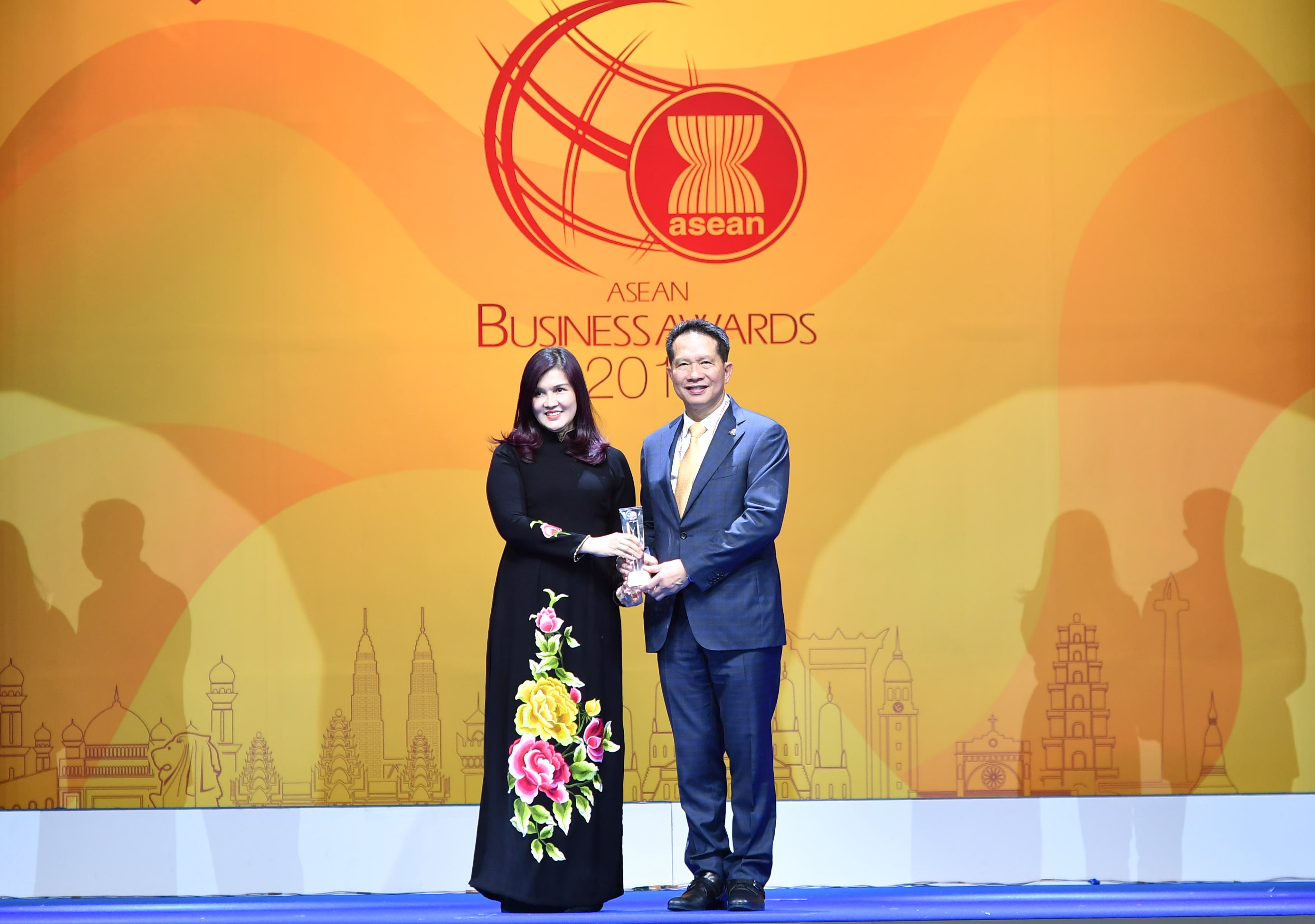 Vietnam’s Vietjet has been named the best enterprise in the aviation sector for the ASEAN region.

The airline received the honor on Saturday at the 2019 ASEAN Business Awards (ABA) Gala Night, which was held within the framework of the ASEAN Summit in Thailand, the low-cost carrier said in a press release on Sunday.

On behalf of the airline, Vietjet vice-president Ho Ngoc Yen Phuong accepted the award, witnessed by Thai Deputy Prime Minister Anutin Charnvirakul and many other dignitaries and leaders from Thailand and ASEAN countries.

The award recognizes Vietjet’s contribution to the integration between ASEAN businesses and was granted for its extensive connectivity across the region and beyond.

“We are truly honored and proud to be named at this prestigious regional awards ceremony,” said Vietjet vice-president Phuong.

“It exemplifies our ceaseless efforts to not only connect destinations within each country but also bring countries in ASEAN closer together and to the world.

“With a modern fleet, Vietjet currently operates around 400 flights daily across a vast network that covers Asia with more routes planned to expansively connect Southeast Asia with destinations in northern and central Asia, and even to Western countries in the near future.

“These achievements reflect our contribution to the connectivity and promotion of trade and tourism in the region which have enhanced the sustainable growth and prosperity of the ASEAN community.”

Vietjet president and CEO Nguyen Thi Phuong Thao was previously honored with the Women Entrepreneur of ASEAN and Women Entrepreneur of Vietnam accolades at the ABA 2018, in recognition of her significant contributions in boosting global and regional growth, as well as her success as the leader of Vietjet.

The ABA also serves as a platform to spread information concerning the ASEAN Economic Community (AEC), spurring integration in the region and globally.