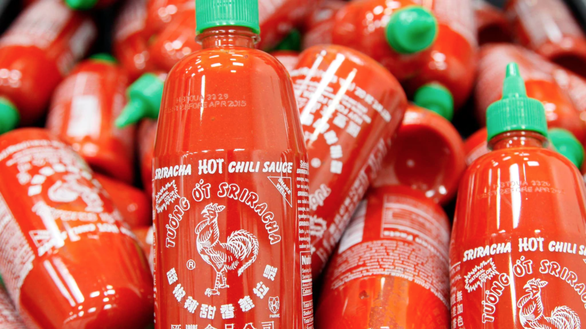 Huy Fong Sriracha Hot Chili Sauce, arguably one of the world’s most popular hot sauces, has been recalled in Australia for fear that 'bloated' bottles may splatter onto customers after opening, according to the daily compact newspaper Sydney Morning Herald.

Huy Fong’s Sriracha was developed in 1980 by David Tran, a Chinese-Vietnamese who immigrated to California and set up his company, Huy Fong Foods Inc., near Chinatown in Los Angeles.

The world-renowned spicy sauce gets its distinct flavor from lacto-fermentation, a process used in many prepared foods during which bacteria convert sugar into lactic acid to preserve the product and act as a flavoring agent.

The ingredients used by Huy Fong in its Sriracha include red peppers, vinegar, garlic, salt, and sugar fermented together.

The specific products being recalled are Huy Fong’s 500ml or 830ml bottles of Sriracha marked with an expiration date of March 2021.

Consumers who are affected by the sauce are advised to return the product for a full refund, Sydney Morning Herald said.

Sriracha hot sauce is sold in most supermarkets, as well as Asian food stores and other retailers, in Australia.

The bottles were recalled in Europe and the United States in November due to the same issue.

Sriracha was also selected as one of three new flavors of Lays potato chips in a 2013 contest, according to English-language international news site Quartz.