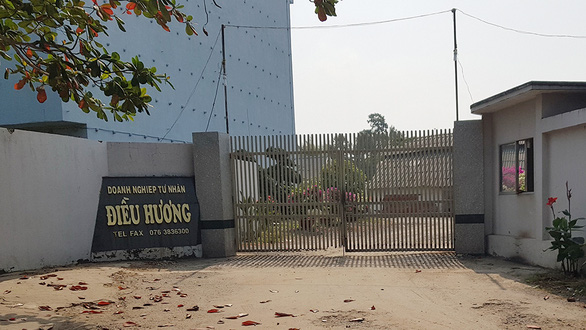 Three fish sauce producers in the Mekong Delta provinces of An Giang and Vinh Long have been fined a combined VND780 million (US$33,660) for using a banned chemical in their manufacturing, according to the findings of inspections carried out in mid-2019.

Inspections of factories belonging to Dieu Huong Company in An Giang Province and Hoa Hiep Company and Tan Phat Company in Vinh Long Province found that each of the three companies was using sodium carbonate, a banned chemical in food, to make what they called ‘fish sauce.’

Sodium carbonate, also known as washing soda, is a common ingredient in the production of soaps and detergents, as well glass, paper, pottery, and dyed products.

To produce their ‘fish sauce,' Dieu Huong, Hoa Hiep, and Tan Phat had been boiling 17,000 liters of MSG and shrimp stock with 120 kilograms of sodium carbonate for 40-50 hours to produce 800 liters of a liquid they marketed as ‘fish sauce.’

According Nguyen Van Tien, chief inspector for the Ministry of Agriculture and Rural Development, the sodium carbonate was added to neutralize the acidity of the MSG while the shrimp stock was meant to supplement the mixture with protein.

Tien also noted that including sodium carbonate in the recipe is a serious food safety violation.

Tien’s team forwarded the results of the inspections to the Ministry of Public Security following their completion but the findings and punishments were only announced this month.

Aside from the fines, all three companies were ordered to return their stock of sodium carbonate to their distributors and issue official recalls for their ‘fish sauce.’

As of January, all three firms have shut down their operations.

In a short discussion with Tuoi Tre (Youth) newspaper after the case caught public attention, Le Van Diep, director of Dieu Huong Company, admitted that his family-run business had been using the prohibited chemical compound in its fish sauce production for 60 years.

“I haven’t seen anyone affected by this chemical since I started using it a long time ago,” Diep claimed.