A problem with a major submarine communications cable, which has caused users in Vietnam to experience sluggish international connection, is expected to be fixed by April 21, according to the cable’s operations center.

The center said the repair will begin on April 17 to fix an issue that had occurred on the S1 section, connecting Vietnam and Hong Kong, of the Asia America Gateway (AAG) cable system at 8:30 pm on April 2.

According to some domestic Internet service providers (ISPs), a power outage had been responsible for the problem, resulting in a complete interruption of transmission via the line.

The incident caused ISPs in Vietnam to have their international bandwidth significantly reduced.

Although domestic operators have rerouted traffic to other submarine and land cables, users in Vietnam have reported sluggish Internet speed this month.

The crucial cable line had been experiencing regular problems since the end of 2019 until its traffic capacity was completely restored on March 2, 2020.

The segment connecting to Vietnam is 314 kilometers long and strikes land in Vung Tau City in the southern region, delivering up to two terabits per second. 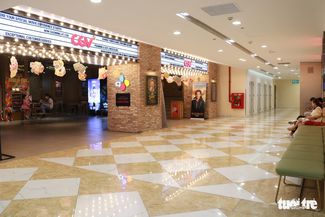