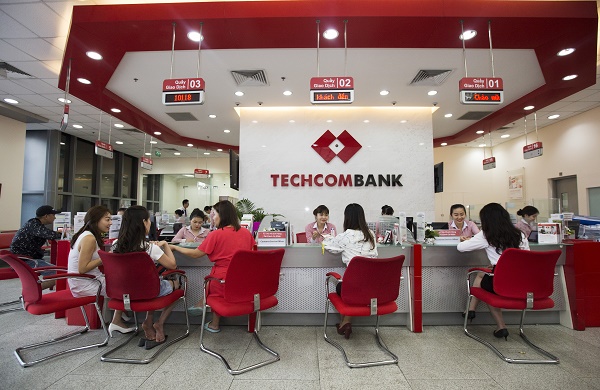 Vietnam Technological and Commercial Joint-Stock Bank (Techcombank) delivered a record profit before tax (PBT) of VND3.1 trillion (US$132.09 million) in the first quarter of 2020, up 19.2 percent year-on-year, on total operating income (TOI) of VND6 trillion ($255.53 million), up 37.3 percent year-on-year, extending the streak to 18 quarters of year-on-year revenue growth amid a difficult backdrop due to the global novel coronavirus disease (COVID-19) pandemic.

The bank continued to lead its peers with a healthy three percent return on assets (ROA) for the last twelve months ended March 31, 2020.

Capital position is strong with Basel II CAR at 16.6 percent, more than twice the minimum requirement.

During the quarter, government measures to contain the disease outbreak affected certain business and economic activities throughout the country.

In response to COVID-19, Techcombank implemented rigorous safety measures to protect customers and employees and was able to keep all branches and ATMs operating normally.

These actions combined with market leadership in online and mobile banking ensured that customers continued to be well-served during this difficult period.

NFI was 14.3 percent of TOI as compared to 11.3 percent in the year-ago quarter, with strong contribution from bond underwriting activity during the quarter.

CASA deposits grew by 29.3 percent year-over-year to VND75.7 trillion ($3.23 billion), while time deposits were at VND159.4 trillion ($6.79 billion), an increase of 6.7 percent over the previous year as the bank continued to focus on CASA growth.

Techcombank maintained ample liquidity exceeding regulatory requirements with a loan-to-deposit ratio of 76.8 percent and short-term funds to medium-to-long-term loans ratio of 30.7 percent, improving from the 38.4 percent at the end of 2019.

The bank also maintained its position as the best capitalized bank in Vietnam with a Basel II Capital Adequacy Ratio (CAR) of 16.6 percent, more than double the Basel II Pillar I minimum requirement of eight percent and up from 15.5 percent at the end of 2019.

Customer and other highlights

In 1Q20, Techcombank added over 250,000 net new customers to bring the total customers served by the bank to nearly eight million.

Customers using e-banking2 services reached 79.9 percent, an increase from 60.4 percent in the first quarter of 2019.

Established in 1993, Techcombank is one of the largest joint stock banks in Vietnam, and a leading bank in Asia.

Techcombank pursues a proven customer-centric strategy in providing a broad range of banking solutions and services to almost eight million retail and corporate customers in Vietnam through an extensive network of over 300 transaction offices across the country and through its market leading digital banking services.

The bank’s ecosystem approach implemented across multiple key economic sectors further differentiates Techcombank in one of the fastest growing economies in the world.

Techcombank is rated highest among banks in Vietnam with a Ba33 from Moody’s and BB-4 from S&P and was named Best Bank in Vietnam 2018 by Euromoney.

Techcombank is listed on the Ho Chi Minh Stock Exchange (HOSE) under the ticker TCB.