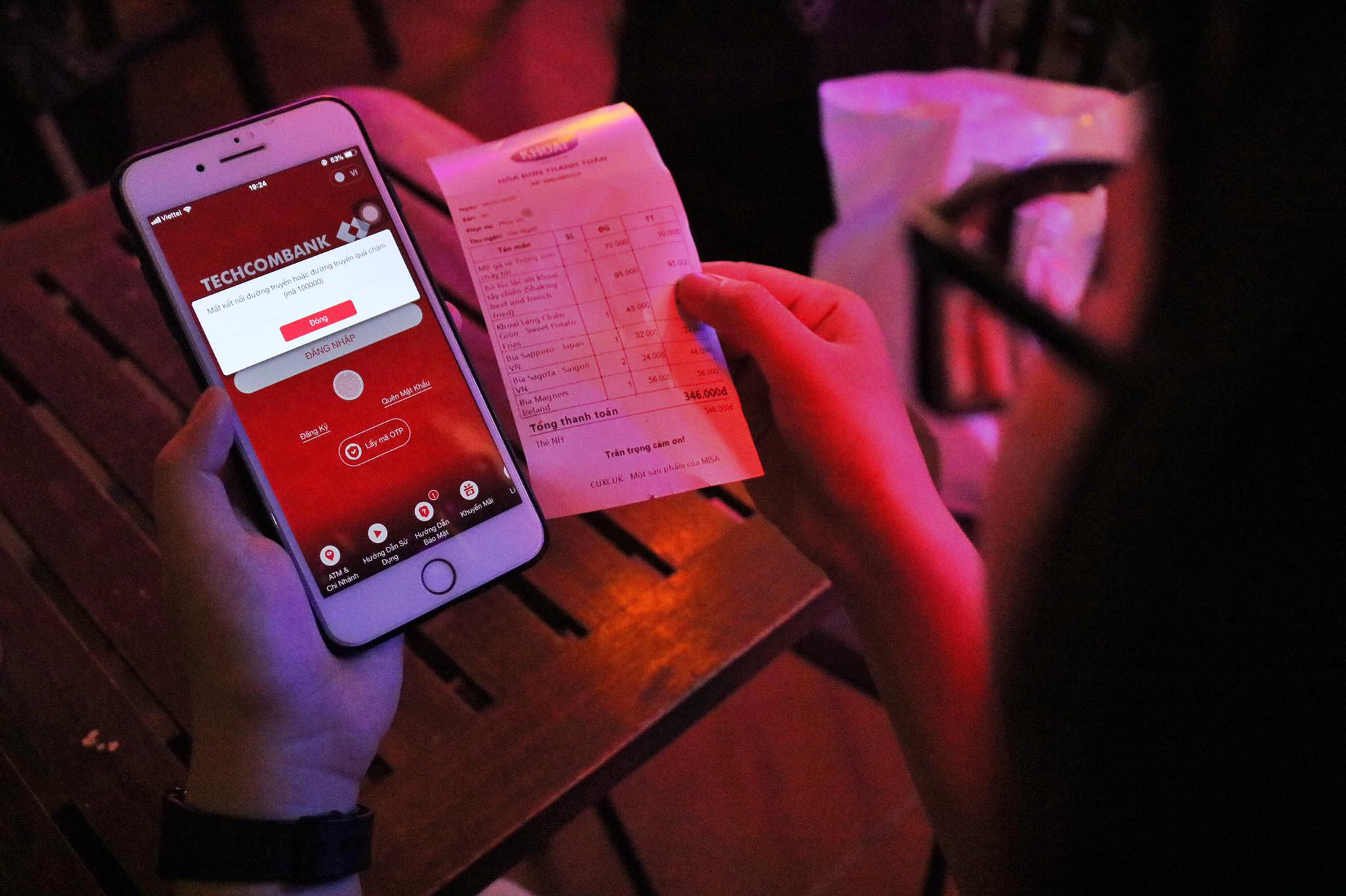 Vietnamese lender Techcombank has explained that an upgrade was responsible for system failure early this week after many customers complained they could not access its digital banking system.

Many customers said they had not been able to log into Techcombank’s Internet banking system or mobile banking app to transfer money as of Monday evening.

Techcombank, or Vietnam Technological and Commercial Joint Stock Bank, is one of the biggest commercial joint stock banks in Vietnam.

Phuong, who lives in Phu Nhuan District, Ho Chi Minh City, said she could not log into Techcombank’s Internet banking system on Monday.

She received the same 'connection lost or too slow' error message after every effort to access the system.

“I ate out with my friends this afternoon but couldn’t withdraw money despite having tried different ATMs,” Phuong told Tuoi Tre (Youth) newspaper.

“I had planned to pay with my bank card after eating but it was also denied. The fact that I couldn’t even log into the app as a last resort to make the payment made me feel very embarrassed,” she said.

On top of that, her Techcombank account could not receive money sent from other banks either although the process had normally been very quick.

The problem reportedly persisted until Monday evening, prompting many Techcombank customers to vent their complaints on social media.

In a discussion with Tuoi Tre, a Techcombank representative explained that the bank had been carrying out two phases of their regular upgrade.

Before launching this upgrade plan, Techcombank had announced it on their website and Facebook Page, as well as reminding their clients to reconsider making their transactions on the bank’s Internet banking system during the time frames.

According to Techcombank, the problems occurred because of the unexpectedly increased number of transactions being made after a long public holiday.

Because of this fact, many customers found it difficult to access and make transactions via the Internet banking system, the bank representative explained.

Vietnamese enjoyed a four-day holiday break from Thursday to Sunday last week in celebration of Reunification Day (April 30) and International Workers’ Day (May 1).

Techcombank said it had taken note of customers’ feedback related to the malfunction, assuring that improvements would soon be made to its system to tackle the problems, and apologizing to all its customers for the inconvenience.