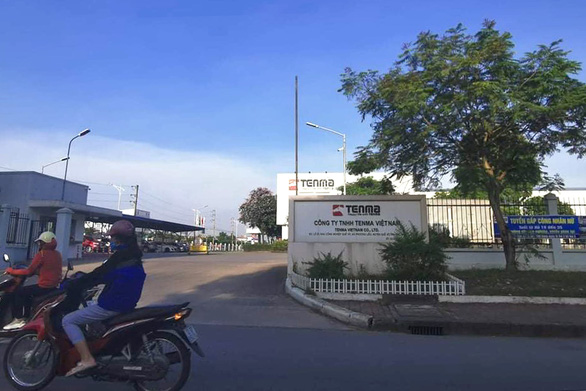 Vietnam’s Minister of Finance Dinh Tien Dung has requested an urgent probe into the alleged bribery of Vietnamese officials by Tenma Vietnam, a subsidiary of Japan’s plastics manufacturer Tenma Corporation.

Minister Dung told reporters on Monday afternoon that a team had been immediately established by the ministry’s inspectorate to investigate the Tax Department and the Customs Department of the northern province of Bac Ninh, where Tenma Vietnam is located.

Tenma Vietnam was established in 2007 in Bac Ninh Province with a charter capital of $35 million, fully contributed by the parent corporation in Japan — Tenma Corporation — which was founded in 1949.

The Vietnam business of the Tokyo-based company specializes in manufacturing and trading plastic molding components and plastic molds.

Tenma Corporation’s sales in 2018 were JPY84.8 billion (US$787 million) with 7,557 employees worldwide, according to its annual stock report.

Tenma Vietnam has recently been in the limelight after Japanese media, including Asahi Shimbun newspaper, reported that the Vietnamese subsidiary gave bribes of VND5 billion to Vietnamese customs officials.

The bribe had been approved by Tenma Corporation’s chairman Kento Fujino before it was given, according to the report.

The company’s chief accountant confirmed that there was no such an expense, Tong said.

The Bac Ninh tax leader added “Tenma Vietnam is qualified to enjoy tax incentives so there is no reason for it to make such a payment.”

Meanwhile, Bac Ninh authorities are waiting for the CEO of Tenma Vietnam, who has not been able to return to Vietnam due to COVID-19-related travel restrictions, to verify reports published in Japanese media, Tong said.