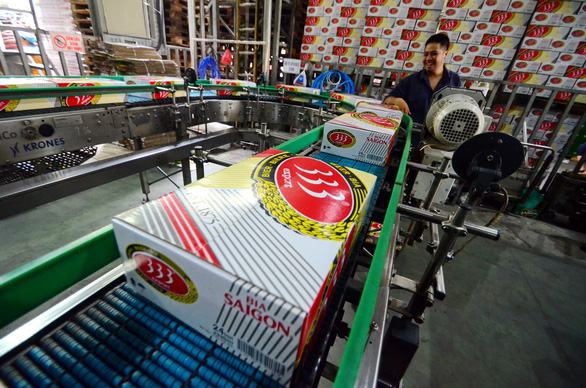 The government has set the deadline by August 31 for the transfer of 36 percent of state capital in Sabeco from the Ministry of Industry and Trade to SCIC.

SCIC will then be responsible for divesting the stake, which means that private and foreign firms will be allowed to invest in Sabeco.

The divestment of the trade ministry’s 36-percent stake in the beer giant would add about VND37.6 trillion (US$1.6 billion) to the state budget, news site VnExpress reported.

Thailand’s Thai Beverage Public Co. Ltd. (ThaiBev) currently owns 54 percent of Sabeco after it purchased a majority stake worth $4.84 billion in the brewer from the trade ministry in December 2017.

Other foreign organizations own 9.71 percent of Sabeco, and the remaining is held by small shareholders.

Sabeco currently has 26 subsidiaries and is part of 18 joint ventures.

Besides Sabeco, the list of companies having to transfer state capital to the SCIC before August 31 includes 13 other firms under the management of the Ministry of Construction, the Ministry of Labor, War Invalids, and Social Affairs, and the Ministry of Culture, Sports, and Tourism.

In addition, 120 other enterprises where the state holds a share will be divested by their equity owners without having the stake transferred to the SCIC.