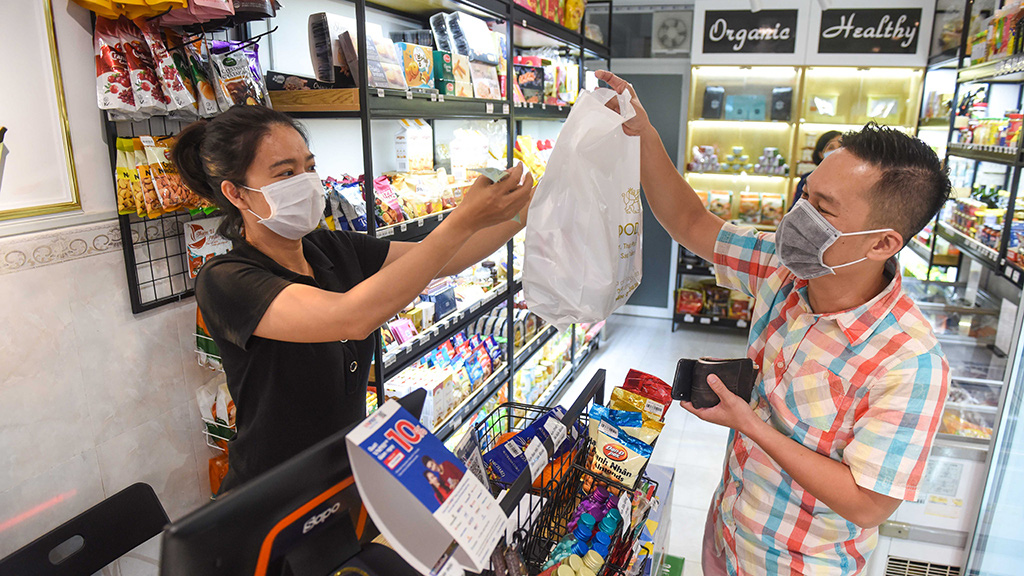 Many people working in Vietnam’s tourism sector have had to earn a new living by running online shops after losing their jobs to the novel coronavirus disease (COVID-19) epidemic.

After the country was hit by a new wave of COVID-19, which occurred when a locally-transmitted case was recorded in central Da Nang City on July 25, more employees of local travel agents and tourist firms have been asked to take unpaid leave.

They had no choice but to find other jobs to secure their income.

Statistics from the Ho Chi Minh City Department of Tourism showed 80-90 percent of tourism personnel have had to take unpaid leave due to the pandemic.

“My company started asking employees to take unpaid leave in March as revenue was diminished by the pandemic. I've focused on selling online products for a living since then,” Thu elaborated.

Thu’s first buyers were mainly her colleagues and her sales eventually improved thanks to competitive prices and quality service.

With proper investment and operations, Thu managed to open Food Fairy, a bricks-and-mortar store in District 3, in July.

Meanwhile, Thao Vy and her husband, who both worked for travel agents in Ho Chi Minh City, also lost their jobs to the prolonged epidemic.

“It was a real shock. We were forced to quit our jobs after many years of working in the tourism sector and have been struggling to find an alternative,” Vy stated.

The married couple then headed back to their hometown in the southern province of Binh Duong but was still unable to land any new job.

As Vy’s mother previously owned a diner in Binh Duong, she decided to learn from her mother’s experience and open an online eatery.

The number of orders gradually increases because of a diverse menu, proper advertising, and good quality.

Vy’s husband is still trying to find a job, as the income from this online business is not sufficient to support the couple and their child.

She is looking forward to the end of the COVID-19 pandemic, so that she can return to the job that she loves.