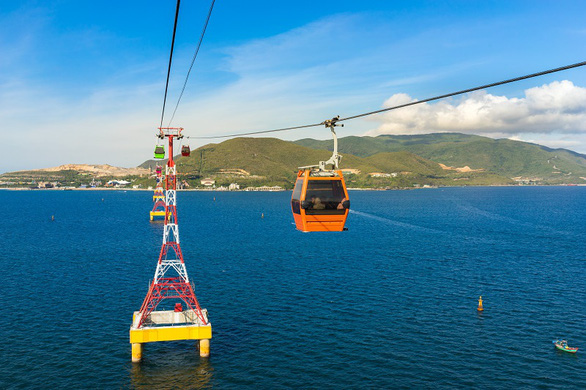 Officials in Khanh Hoa Province, Vietnam are appealing for approval from the Politburo and prime minister for a casino to be built at a cost of more than US$2 billion.

The Ministry of Finance has reported to Prime Minister Nguyen Xuan Phuc a proposition by Khanh Hoa authorities to build a casino that will also include service, tourism, and entertainment components on Hon Tre, an islet off the provincial capital city of Nha Trang.

The project, referred to as Hon Tre Casino, is projected to cost $2.24 billion, with 15 percent from Vinpearl Company and the rest from other investors, according to the proposal.

It is actually a complex expanded from seven other projects currently implemented on the islet, according to the proposal.

Khanh Hoa already secured the prime minister’s approval for another casino in Cam Ranh City in August 2019. This casino will be developed at a cost of $2.02 billion.

Casino operation is considered a conditional form of business in Vietnam so more research should be done to assess the impacts of casinos on local services, tourism, and socio-economic growth, the finance ministry said.

Relevant agencies will have to seek a green light from the Politburo, which is the all-powerful organ of the Communist Party of Vietnam, before securing the prime minister’s approval, the ministry noted.

The Khanh Hoa administration should carefully consider the pros and cons of casinos at a time when one major facility has already been allowed to be built in Cam Ranh, it added.

The Ministry of Public Security has recommended that Khanh Hoa should not report the Hon Tre Casino project to the Politburo for the time being and that local authorities review the operations of existing casinos.

The Ministry of Finance said in a circular that Vietnamese citizens are allowed to use services at certain local casinos on a trial basis.

The trial began in January 2019 and would last for three years, before the ministry carries out a comprehensive review to make further decisions.

However, no specific list of eligible casinos was issued then.

Accordingly, Vietnamese people who wish to enter and gamble in a casino must be at least 21 years of age, and have full capacity for civil acts in accordance with the provisions of Vietnamese law.

Local punters are also expected to prove a regular income of VND10 million ($430) or more per month to play in a casino.